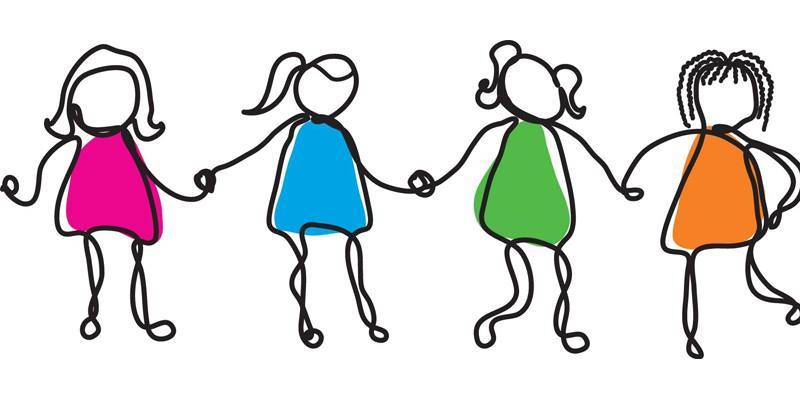 Predefined cultural obstacles and social pressures force women to live a nerve-racking life. The psychosexual bias of parents, family, and teachers in conservative societies, in particular, lays a perfect foundation to inculcate weakness, dependency and fragility in the minds of girls at a very early age. On the contrary, boys are trained to be infallible, inevitable and invulnerable. It all begins well before the birth when ultrasound defines the gender of the forthcoming child.

Devastating results are ever more evident in news, nowadays. The unprecedented rise in incidents of sexual harassment, pedophilia and acid attacks have jolted our society. The perpetrators have become so intrepid that girls aren’t even safe inside their homes. Asma, a medical student, was murdered brutally for refusing a marriage proposal, a deplorable and unforgivable act in the male-dominated society of our beloved land. If children are born equal, then why mold innocent minds of one gender weak and the other strong?

Parents’ treatment of boys and girls differently, since their birth, plays a pivotal role in shaping children’s personality. Our parents are afraid to give up the dogmatic approach to the grooming of stereotyped gender roles dating back to primitive times: Starting from colors of girls’ toys to the indoctrination as weak and minion. Least importance is given to the likes and dislikes of baby girls to affirm, teach and train them to be followers, instead of leaders. Pink is all about baby girls while their choice could do far better.

Children’s obsession with toys is natural and parents mustn’t dictate any kinds of toys to them. Instead, the kids should be allowed to play with toys they like. Provision of dolls and houses as toys trains girls to be made for homestay and manage the household, whereas boys get cars, Lego blocks, and rail trains.

At a very early stage, girls get the message that it is beauty that determines their worth and future, not intellect. Ariela, a high school student, says, “There’s no appreciation for women intellectuals, it’s all about the body, not about the brain.” Hyper-masculine and misogynistic boys are produced to exploit the female-folk. In our society being a man means being in control which isn’t predestined but a learned behavior.

A life filled with obstacles kills the innocence and essences of the childhood of a girl in our society. No, this isn’t meant for you! You can’t do this! You must understand that you are a Girl! Such expressions perpetually suppress the personality of a baby girl even before her school age. At the same time, she observes that her brother enjoys a very high pedestal of liberty. We don’t even bother to ponder the outcome of the way of bringing our children.

We deliberately inject the notion of dissimilarity between girls and boys by saying, ‘Man up!  Don’t throw like a Girl!  Big boys don’t cry!’ Lingual stereotypes defining gender roles result in the destruction of personality. Boys, at a very early age, feel dishonored by certain acts of sisters and mothers as their minds are poisoned to the extent that even if they see their sibling is talking to someone, the sense of shame is invoked. Later on, when they can’t even tolerate their wives’ attire, precious lives are lost in the name of honor.

The cost of misogyny

The role of the education sector in stereotyping the gender roles leaves little option for girls. Certain subjects are strongly associated with females such as arts and humanities. As children, there are no limits but when it comes to early teens and onwards, it becomes altogether different. Girls have fewer activities at school or college.  The twisted notion that girls possess limited intellect and ability has made gender stereotypes look natural.

You can’t play football or ride a bike for you are a Girl. You are going to make yourself a fool since this isn’t girly. Boys hold priority for they are strong, and all the rest of the creatures are bound to obey them. Depriving our girls of playing the sport they like is a great tragedy. It is criminal since it not only hinders the mental development but physical growth too.

The fear factor swells in a girl’s worldview when she isn’t allowed to roam freely like her male counterpart. The feeling of being insecure, incompatible and feeble embeds in their minds. Even a 20-year old girl is required to go out with her three or four-year-old brother.

The society poses immense hindrances to bottleneck the abilities of female-folk in impressionable years. Signature haircuts, long and baggy clothes and passive indoor games, all disturb the psychological and sociopolitical balance of the society. As a parent, if your boy fancies his hand at dance classes, let him follow his heart. Similarly, when your girl wants to play football, never stop her as well.

If men can be most reputed chefs and fashion designers, why can’t women be builders, drivers and engineers? A tremendous human resource goes to waste in our country due to unacceptable social pressure on women. For instance, girls attain the highest marks in board and university examinations but a few get to take the worthy jobs. The gender-biased division is utterly offensive and inappropriate.  Who decided that a man’s job is to earn bread and butter while a woman’s role includes cleaning, cooking and satisfying sexual needs of her husband.  In 2016, girls outnumbered boys in medical colleges in the year 2016 but men dominate at the workplace with a three-fourth ratio, reported France 24.

The obsessive tenacity of superiority and fortitude of men in our culture only leads to desperation, imbalance and crime. Half of the mankind can’t be left for consumptions, dogmas and vicious beliefs. Advanced and technological future bears no value if we can’t become what we are. Societies oppressive to women are destined to face misery, pain, and fear. Let the children express their likes and dislikes and promote fair play, for gender-biased parenting and teaching limits the choices. Freedom of expression and choice must be given as a right. Had Zainab been taught to refuse and resist, she may not have fallen prey to the predatory pedophile.