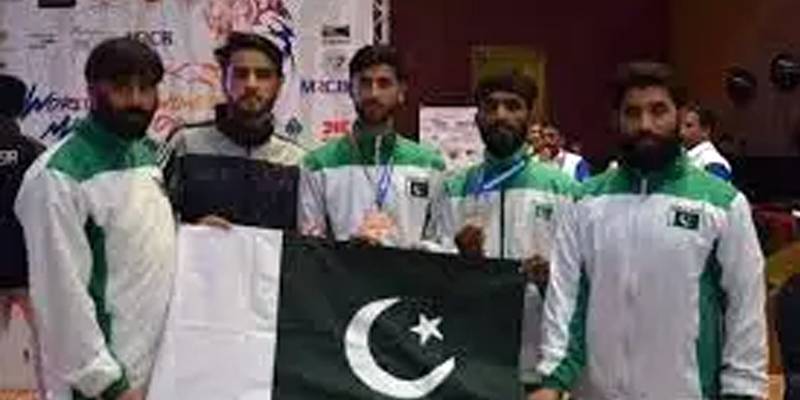 PESHAWAR - Pakistan claimed two gold medal, one silver and two bronze medals with the Queen and youngest player of the event Ayesha Ayaz from Swat felt her presence by winning the bronze medal in the 27kg weight category of the 7th Fujairah Open Taekwondo Championship at United Arab Emirates Sports Complex.

This was stated by Secretary General Pakistan Taekwondo Federation and International Referee Murtaza Hassan while talking to APP here on Monday. He said that Pakistani taekwondo fighters won medals when Sinan Ashfaq Ahmed secured a gold medal by defeating Egypt’s Mohamed Aly who took the silver medal and Abdulla Ahmed Ibrahim Mohamed of the UAE and Arifullah Khan of Pakistan won the bronze respectively in the same category.

While appreciating the stunning performance of eight-year-old Ayesha Ayaz, hailing from Swat and was spotted in the last Under-23 Games organized by Directorate of Sports KP, clinched the bronze medal in the 27-kilogramme category.

It is really proud feeling that the youngest ever Ayseha Ayaz grabbed a gold medal for Pakistan after her fight in the 27kg category. He also appreciated the support extending by the President of Pakistan Taekwondo Federation Col. Waseem.