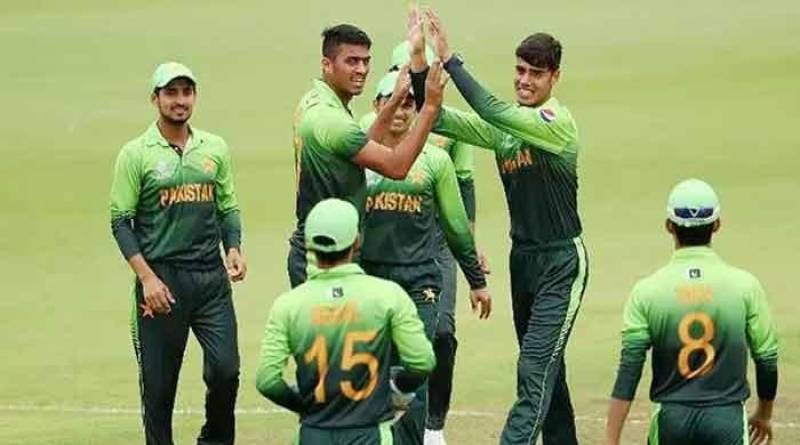 Potchefstroom - Arch-rivals Pakistan and India will lock horns in the first semi-final of the ICC U19 Cricket World Cup at the JB Marks Oval, Potchefstroom today (Tuesday). The high-octane clash is set to capture the attention of millions of cricket fans in the sub-continent and the stakes, as always, are high.

The winners will clinch a spot in the 9 February final of the most prestigious age-group cricket event. The two teams have tasted glory in the ICC U19 Cricket World Cup in the past with the defending champions India victorious on four occasions while Pakistan are the only team to have won back-to-back titles (2004 and 2006).

Pakistan’s historic 2006 triumph was registered with one of the most astonishing results in the history of the tournament when the Sarfaraz Ahmed-led side convincingly defended their paltry 109-run total by rolling over India for 71 runs at Colombo’s R. Premadasa Stadium.

The two teams have frequently clashed in the ICC U19 Cricket World Cup. Pakistan have won five out of the nine matches between the two sides, while India have won four contests.

Pakistan have so far shown great depth in both bowling and batting departments in the ongoing tournament. They shot out Scotland for 75 runs in their opening Group C match and restricted Bangladesh to 106 for nine in the rain affected match also played at the JB Marks Oval.

The bowlers also made light work of Afghanistan by bowling them out for 189 in the quarter-final clash.

The batting line-up’s depth was visible in game against Zimbabwe when Pakistan recovered from 73 for three to post a 294-run total.

The batsmen also held their own against the fancied Afghan spinners to overhaul the 190-run target for the loss of four wickets with 53 balls to spare.

The batting is led by Mohammad Haris who was the man-of-the-match against Zimbabwe with a sparkling 48-ball 81. Haris saw off the chase against Afghanistan with an unbeaten 29 off 43 balls, his tournament tally is 110 runs (two innings) with only a single dismissal earning him a 110-run average.

Qasim Akram, who scored 54 against Zimbabwe, contributed a useful 25 not out against Afghanistan in an unbroken 63-run fourth wicket stand with Haris that sealed Pakistan’s win.

Pakistan will look to opener and vice-captain Haider Ali to provide a flying start to the team like he did against Afghanistan (28 off 34 balls, five fours) before his unfortunate run out.

Haider has not yet lived up to the potential he has shown at the domestic level  with a century in the Quaid-e-Azam Trophy 2019-20 final and the ACC Emerging Teams Asia Cup last year with scores of four and 19 against Scotland and Zimbabwe respectively besides his quickfire knock against Afghanistan.

The right-handed stroke player who has already caught the attention of cricket pundits during his stroke filled 28 on Friday. He, however, feels that the team is ready for the big clash while he knows that he needs to turn-up in the big semi-final clash.