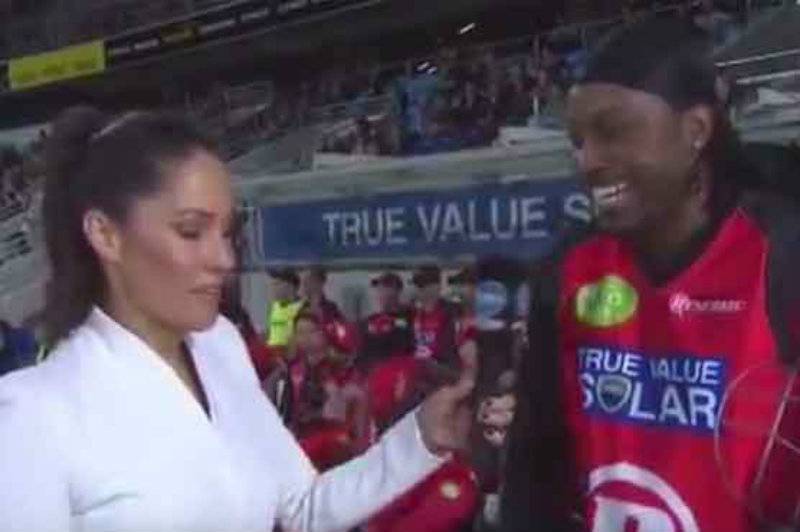 "I wanted to come and have an interview with you as well," Gayle said to McLaughlin. He went on to flirt, saying he’d like to have a drink after winning the game. "That’s the reason why I am here, just to see your eyes for the first time", he said, "Don’t blush, baby".

Anthony Everard, the head of Big Bash League (BBL), promised action against Gayle. Channel Ten said that they wouldn’t be covering Chris Gayle during this tournament after what he said to their reporter. "We ll certainly be talking to him and the Renegades about it. This league is all about its appeal to kids, families and females. There’s just no place in the BBL - or, for that matter, cricket anywhere - for that sort of behaviour."

Mark Howard, owner of Melbourne Renegades, the team for which Gayle plays, said that there is no place for such behaviour.

Channel Ten’s head of sports David Barham said that the channel will be seeking an apology. He said that Mel is a working journalist and was harassed while doing her job.