VIDEO: Half-fish survives six months with no trunk or tail 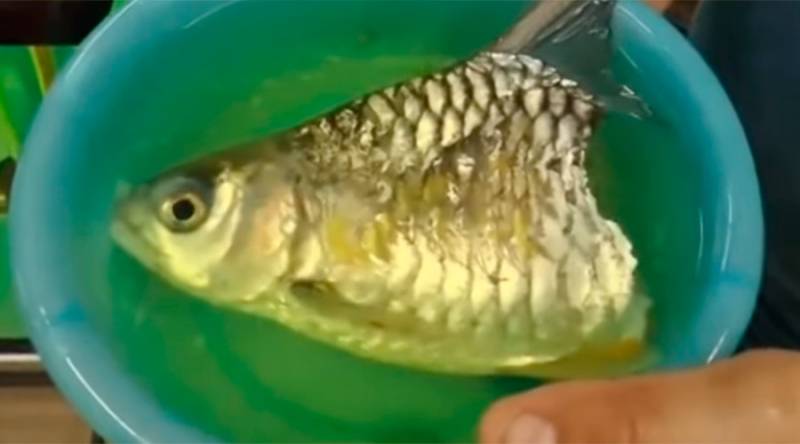 BANGKOK (Web Desk) – Many locals in Thailand has mourned the loss of a freaky fish after the animal died an incredible six months.

The fish, nicknamed I-half, lost its tail end when it apparently tried to leap out of a cement pond.

Fracturing bones in its body, half of the fish’s scales rotted away, RT reported.

But instead of going to that great flusher in the sky, the fish did not get a sinking feeling and lived a nomadic experience with his adopted human friend Watchara Chote.

Chote reportedly spotted the fin-credibly resilient animal at a Thai market before taking it on the road to different villages.

I-half eventually did kick the bucket, but video footage shows the fish somehow breathing and shuffling along in a water tank.