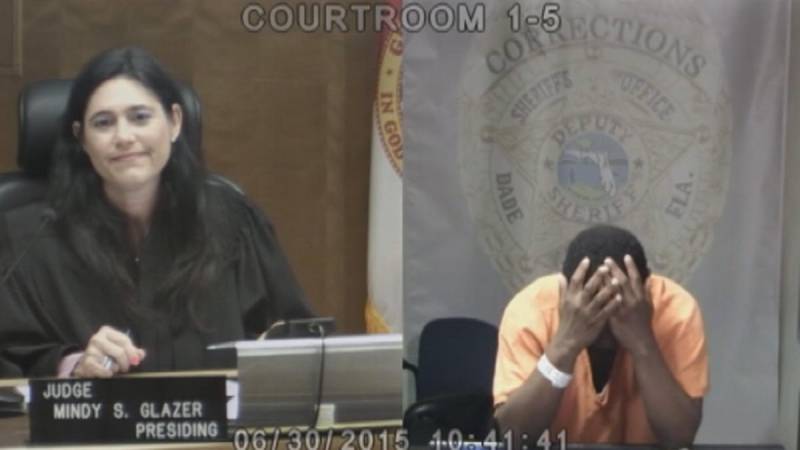 FLORIDA (Web Desk) - A South Florida judge realized the burglary suspect in front of her was a former middle-school classmate Thursday.

Arthur Booth, 49, was in Miami-Dade Circuit Court for a bond hearing Thursday when Judge Mindy Glazer asked him if he had attended a nearby middle school, according to WSVN News.

Booth then burst into tears when Glazer reminisced about their childhood.

I used to play football with him, all the kids, and look what has happened."

WSVN News reported that Booth had been arrested Wednesday in connection with a June 29 burglary.

Booth's cousin Melissa Miller told WPLG-TV that she believes Booth cried because he was ashamed of his arrest.

"It just brought back memories of how smart he was," Miller said. "He was a scholar, well-rounded athlete, bilingual."

She said the bright future Booth once faced was destroyed by drugs. "I was heartbroken. I mean, it just broke my heart," Miller said. "We're really trying to find help because there's obviously a need for help."

Glazer set Booth's bond at $43,000 and told him she hopes he will turn his life around.

"Good luck to you, sir," she said. "I hope you're able to come out of this OK and just lead a lawful life.