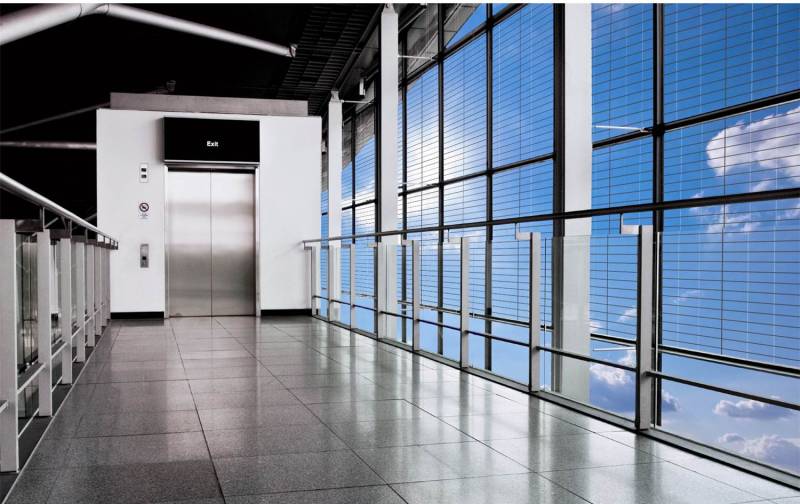 WASHINGTON - Chinese researchers have developed a material with thin, see-through solar cells that could turn windows into miniature electricity generators.

The window-compatible material reported in a study published in the journal Joule could potentially double the energy efficiency of an average household.

"Building-integrated photovoltaics are a great example of a market where silicon photovoltaics, despite their cheapness and performance, are not the most appropriate due to their dull appearance and heaviness," said the paper's senior author Yip Hin-Lap, a professor of materials science and engineering at the South China University of Technology.

"Instead, we can make organic photovoltaics into semi-transparent, lightweight, and colorful films that are perfect for turning windows into electricity generators and heat insulators."

To construct a prototype capable of simultaneously outputting electricity and preventing excessive heating, the researchers needed to perform a three-way balancing act between harvesting light for electricity generation, blocking it for heat insulation, and transmitting it as a window normally would.

Mixing and matching from among materials and chemical compounds previously proposed for these different purposes, they put together a device that let the familiar visible portions of sunlight through, turned back the infrared light (a major heating culprit), and converted the near-infrared region in-between into an electric current.

In theory, installing windows outfitted with dual electricity-generating and heat-insulating properties could cut an average household's reliance on external electric sources by over 50 percent.

TOKYO - Believe it or not, there is a solar-powered jacket coat that can charge your smartphone on the go. Comme des ...

These dual-function materials are still very much in their infancy, but the authors expect them to pave the way to new beneficial technologies.

"A version tailored for self-powered greenhouses is only one of many impactful products that we want to develop for the future," said Yip.