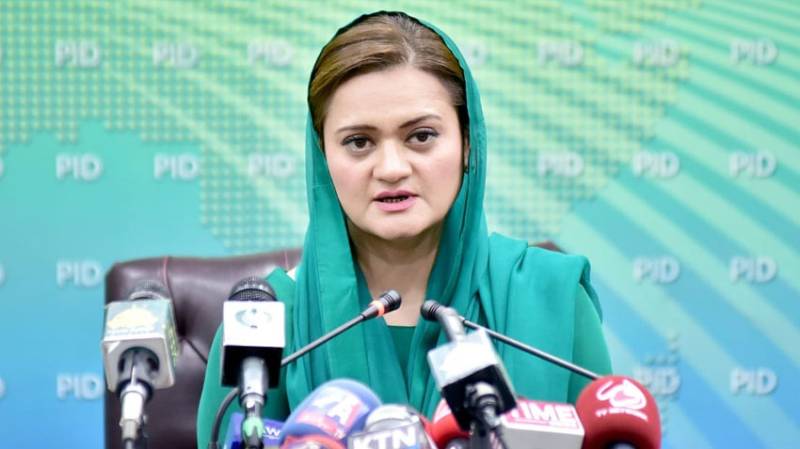 Federal Minister for Information and Broadcasting Marriyum Aurangzeb has said that the wife of former prime minister Imran Khan is leading campaign against country's institutions.

In a statement issued on Monday, the PML-N leader said that PTI leaders had endorsed the fact that Bushra Bibi was heading the social media team.

The federal minister said Bushra Bibi was using such tactics to hide her corruption cases.

Last week, an alleged audio of Bushra Bibi emerged in which she is instructing the Focal Person to PTI Chairman on Digital Media Dr Arsalan Khalid to run trends declaring people as traitors.

As per the audio, initially, the former first lady had expressed her disappointment with Dr Arsalan Khalid for the PTI’s social media team not being active these days. She also said that Dr Khalid and his team had run the traitor hashtag on social media on the instructions of former prime minister Imran Khan.

However, the PTI leader Fawad Ch on Monday demanded the forensic audit of the alleged audio call.