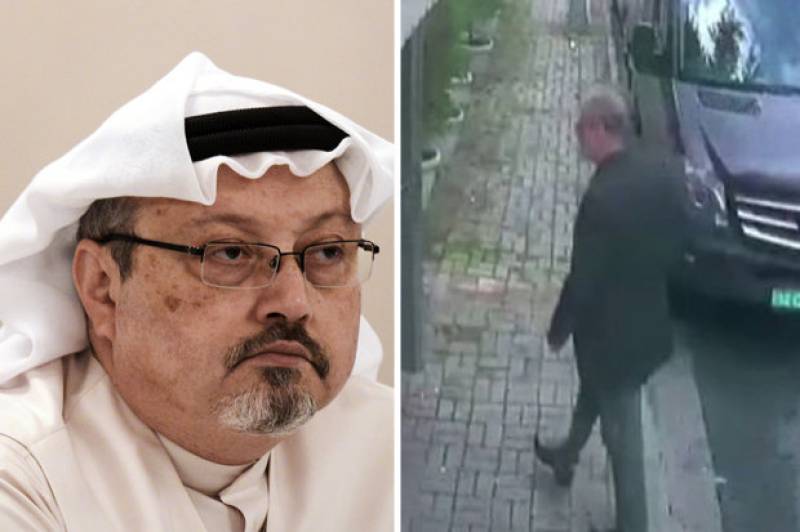 ISLAMABAD - Pakistan on Sunday welcomed the contacts between Saudi King Salman bin Abdulaziz and Turkish President Recep Tayyip Erdogan and their desire to continue working together to address the Jamal Khashoggi issue.

“We welcome the steps taken by the Kingdom of Saudi Arabia and Turkey to address this issue,” the Foreign Office spokesman said in a statement.

Disclosing facts to the public and bringing those responsible to justice was important in that regard, the spokesman added.

Khashoggi, a regular critic of the Saudi royal family, worked as a columnist for The Washington Post. He had been living in the United States after fleeing Saudi Arabia in September 2017.

Saudi Arabia's public prosecutor announced Friday that an initial investigation revealed that discussions between Khashoggi and the individuals who met with him at the consulate led to an argument and a fist fight -- which resulted in the journalist's death on October 2, according to the Saudi Press Agency.

RIYADH - After weeks of disputed claims over the disappearance of Jamal Khashoggi, the kingdom of Saudi Arabia has ...

Turkish officials have said 15 Saudi men flew to Turkey for the express interest of meeting Khashoggi at the consulate, where he was visiting to fill out paperwork for his impending marriage. His fiancee was waiting in a car outside the consulate at the time of his killing.

Saudi Arabia initially denied any involvement in the journalist's disappearance, before announcing the findings of the investigation Friday. The county said 18 people were detained in connection with Khashoggi's killing and several top officials were dismissed from their positions.

The UK, France and Germany have pressed Saudi Arabia to provide facts for its account of what happened to the journalist Jamal Khashoggi, as ministers from western governments lined up to reject the official line from Riyadh.

The Turkish president, Recep Tayyip Erdoğan, meanwhile said he would announce details of the Turkish investigation into Khashoggi’s death at a meeting with members of his ruling AK party in parliament on Tuesday.

Turkish investigators allege an audio recording from the consulate proves the journalist was tortured and his body dismembered with a bone saw, charges Riyadh denies.