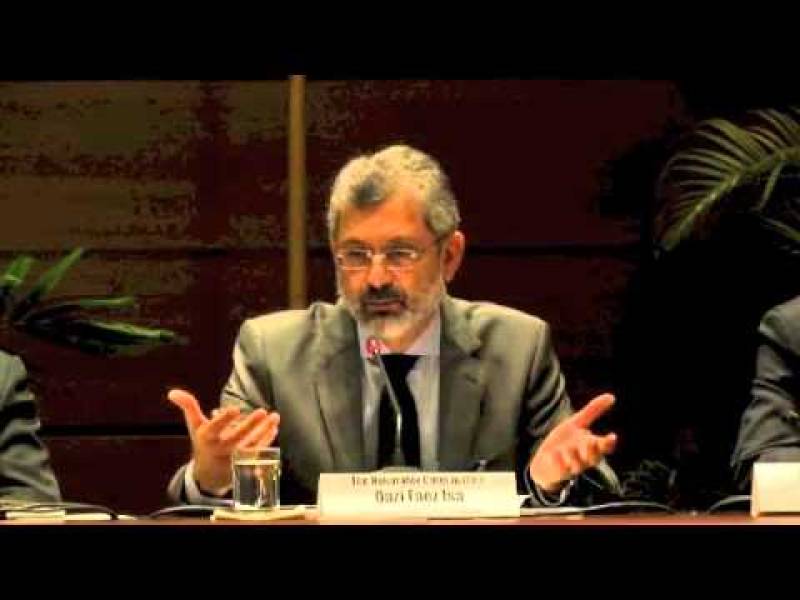 ISLAMABAD - The embattled Supreme Court’s Justice Qazi Faez Isa has penned another letter to President Arif Alvi, claiming that his children and spouse, who own three properties in the United Kingdom, are not his dependents.

In his communication with the president - who forwarded a reference to the Supreme Judicial Council - the SC judge has also requested the president to provide a copy of the said reference against him.

Regarding the allegations about violating Section 116 (1) (b) of the Income Tax Ordinance 2001, the supreme court judge has said he had not received any notice from the tax authority.

“Secondly, my children are not minors nor have they been so for quite a while. Thirdly, neither my spouse nor my children are my dependents. Fourthly, Section 116 (1) (b) of the Income Tax Ordinance 2001 is not penal provision,” stated the letter written by Justice Isa on Monday.

ISLAMABAD – The country's law ministry has clarified that Assets Recovery Unit of Prime Minister's Office had ...

The judge complained that he and his family had been maliciously maligned by half-truths and innuendoes by members of the government, which was deeply distressing.

“The properties are owned by those in whose names they stand. No attempt was made to conceal their ownership, neither were they held under a trust nor a special purpose or offshore company,” stated the five-page letter.

If the independence of the judiciary is destroyed, the fundamental rights of people enshrined in the Constitution become little more than words on paper, he warned, adding that the sanctity of the Constitution is of paramount concern to him.

The apex court judge contended that he was not under any obligation to disclose his finances/financials, but did so voluntarily because doubts have been cast upon his integrity.

Justice Isa went on to question whether the prime minister had disclosed in all his tax returns the properties owned by his wives and children.

'If the prime minister did not do so, he had surely not advised the president to submit the reference,' it said.

The government has moved a reference against Qazi Faez Isa and other judges of superior judiciary, attracting flak from the opposition and political commentators, who are terming it victimization.

A day earlier, the federal cabinet met under the chair of Prime Minister Imran Khan and affirmed that “there are no holy cows in any department” regarding the recently filed references against judges of the superior judiciary.

The cabinet members dismissed the criticism directed at the government over the filing of references in the Supreme Judicial Council (SJC), stressing that the government will continue to pursue uniform justice for all.