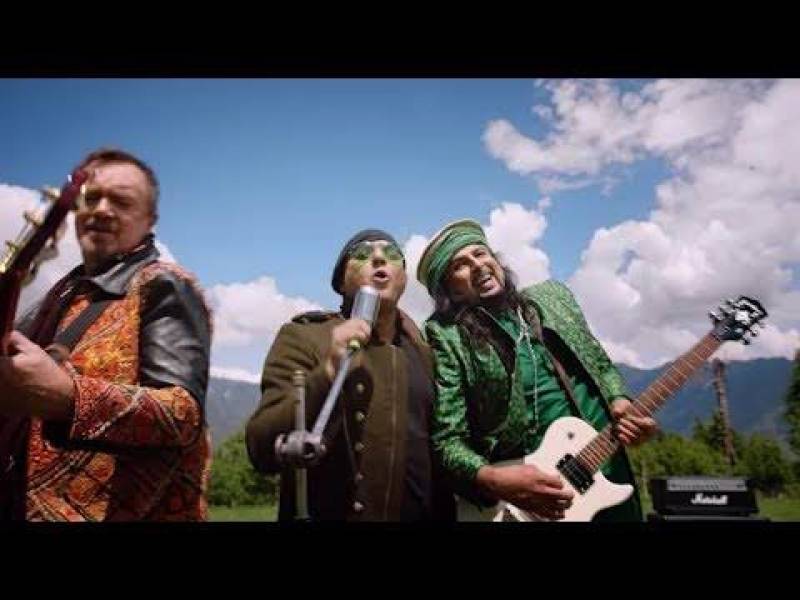 LAHORE – It is everyday that we express love to the people we adore. But when was the last time you showed love towards your country? It often takes the backseat. However sports and music make our patriotic spirit rise dramatically from time to time.

There are more than 7 different religions, 5 different provinces, more than 60 languages being spoken, and various cultures existing within Pakistan. It is indeed a diverse nation that stands united despite the differences between the several cultures.

See the video and be ready to put it on repeat. Yes, it is that addictive.

Junoon has made a comeback after more than a decade to bring the anthem to you. And we bet, you’ll love the songs energetic vibe!

The concept is to show Pakistan’s real face that the world often fails to acknowledge: our dedication and passion towards our country.

The video of the song shows the minorities of Pakistan in great light and that is just what we need from our music now. We do not need just mushy songs, we need strong messages! And this song is basically a strong message, with an even stronger video.

No matter how many differences we might have, you just need one thing to bring you together – love for Pakistan. Peek Freans Sooper has once again proved to be the brand that celebrates Pakistan and everything that is associated with it. It has always tried to make the country’s name shine in the world’s map, and “Badlein Jahaan” is a proof of that. It has also ensured to convert a negative image of the country into something which is positive. This anthem is a manifestation of inclusivity and embracing diversity within this country. It shows that how people who are so different from each other can yet be united by a single passion.

The video is truly a visual treat. We see sceneries that would make us feel refreshed in this heat. Seeing the exotic areas where the video has been shot, we are already planning our next vacation! Pakistan is so beautiful, one needs to have an eye to appreciate the beauty. The video’s visuals will make you remember why Pakistan will remain your first love.

The video progresses to show contrasting professions as well – from a white collar worker, to a fisherman, as well as the third gender. This initiative can prove to be great for future portrayals of minorities. At least, this is a start!

Nothing represents the joy of cricket better than music. In Pakistan, cricket and music summon a combined power that brings the whole nation to its feet, heightens the senses, flaunts the identity and brings everyone together as one.

With the cricket fever in the air, the Sooper Junoon World Cup 2019 anthem has successfully put across a beautiful message for the masses, that revolves around equality and inclusivity for all Pakistanis. With so much of hate, violence and discrimination prevalent in the world, Sooper is communicating a message that counters it all – with a wonderful concept, that differences do not always have to have a negative connotation to them; in fact, diversity in reality is where our strength lies!

The song is being appreciated far and wide for the idea behind it – making rounds on social media. Millions of Pakistani from all over the world have been appreciating it with likes/comments/shares – especially from the UK, USA, Canada and Australia.

Be informed, the biggest event of the cricket world, ICC World Cup 2019, kick starts on May 30 and ends on July 14.