PIA plane crash report 'to be made public on 22nd' 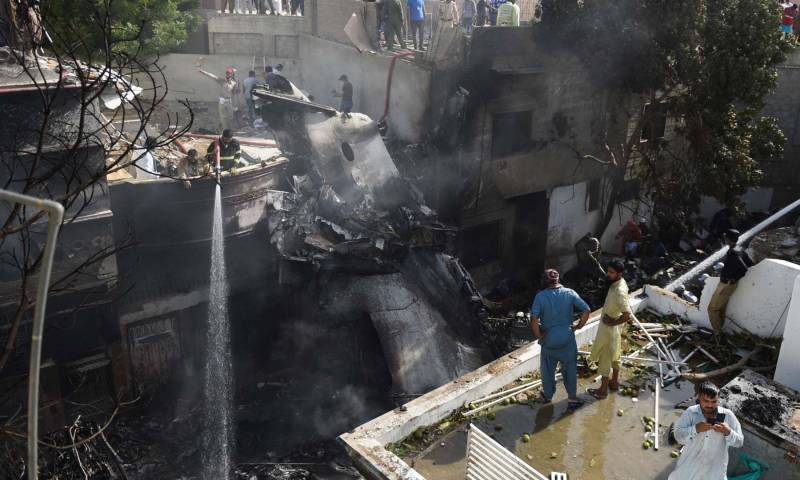 ISLAMABAD – Pakistan's Minister for Aviation, Ghulam Sarwar Khan has said that initial inquiry report about recent PIA plane crash incident in Karachi will be made public by 22nd of this month.

Addressing a news conference in Lahore on Thursday, the minister said that a four member inquiry board is probing the tragic incident.

A detailed probe report will be made public in four to six months, he added.

Sarwar said that government has compensated bereaved families of martyred passengers, with one million rupees compensation per family. He said that people with damaged property due to plane crash will also be compensated.

A total of 97 people, including three children, were killed and two passengers miraculously survived a fiery crash when the plane with 99 travellers on board plunged into a densely populated residential area near the Karachi airport on May 22.

Flight PK-8303 from Lahore crashed at the Jinnah Garden area near Model Colony in Malir, minutes before its landing in Karachi’s Jinnah International Airport. Eleven people on the ground were injured.

A 12-year-old girl died this week, taking the death toll in the accident to 98.