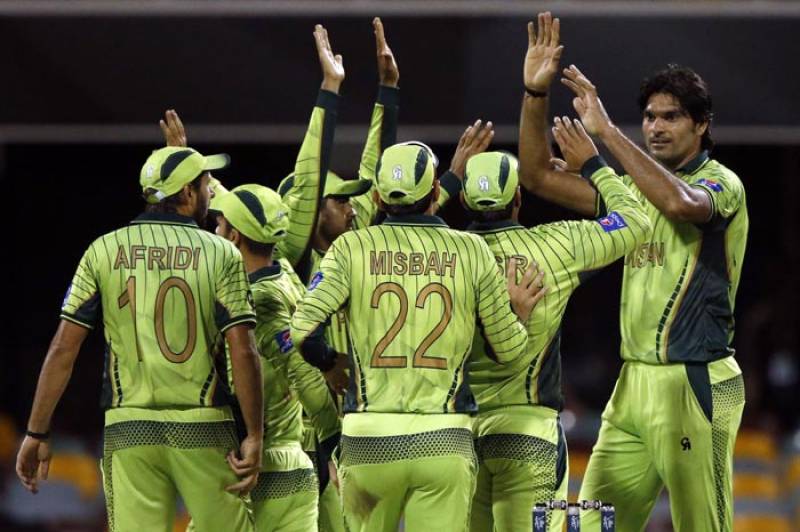 Earlier Pakistani opener Ahmed Shehzad hit 93 of 105 balls and was fully supported by skipper Misbah-ul Haq who made a 49-ball 65, Haris Sohail’s 83-ball 70 and Maqsood 31 of 45 balls as Pakistan took full advantage of a weak bowling attack on a flat McLean Park pitch.

Shahid Afridi hit two sixes and a four in his seven-ball 21 not out and when on two became the fourth Pakistani, and 27th batsman, in the world to cross 8,000 runs.

This was Afridi´s 395th match. Inzamam-ul-Haq, Mohammad Yousuf and Saeed Anwar are the other Pakistan players to make 8,000 ODI runs.

Guruge was the pick of UAE bowlers with a career best 4-56.

Pakistan was in a must-win position in Pool B after losing to India and the West Indies before winning against Zimbabwe on Sunday. UAE have lost all their three previous matches.

The top four teams from each of the two pools of seven will earn quarter-finals berths.