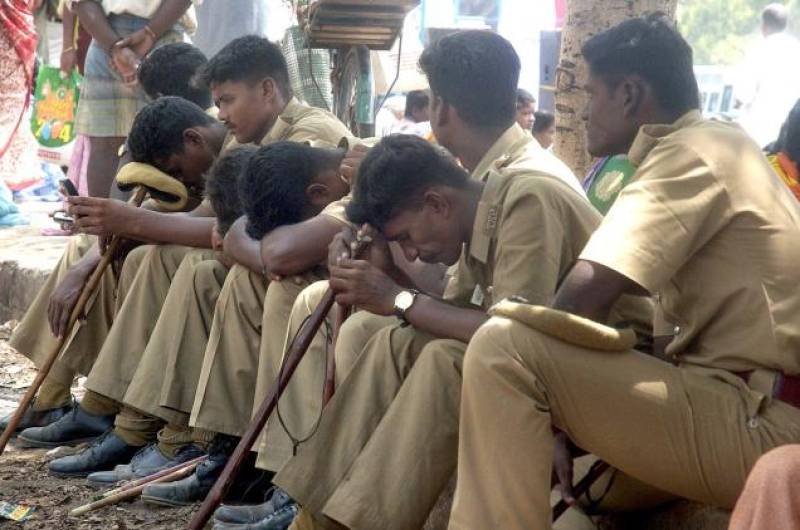 Sources said that a month ago, Maria was in talks with city-based psychiatrists and clinical psychologists who had assured him of help in easing the daily stress of the men in khaki.

"Policemen will be given a questionnaire in which they will have to give minute details of their personal life and work atmosphere. Those found to be suffering from stress will have to undertake programmes like yoga and certain physical exercises," said a senior police officer on Monday.

The crime branch on Sunday registered an offence of attempt to murder, murder, and voluntarily causing hurt to a public servant.

Deputy commissioner of police Dhananjay Kulkarni said they were yet to record the statement of constable Balasaheb Ahire who suffered minor injuries in the shooting.

The crime branch investigations, which are focusing on what could have triggered the incident, said Shirke was often absent. "He had availed of 38 days sick leave in January/February and two days of casual leave on March 26 and 27 besides skipping work on Friday night. This led to an argument between Shirke and Joshi," said an officer.

Shirke was also upset as he had got a notice saying his increment would be stopped on account of his long sick leave.

Constable Dattatray Salunke who witnessed the incident, said Shirke was visibly upset after he was marked absent the previous night. Sources said Salunke gave minute details of the sequence of events. "Shirke arrived in plainclothes to meet Joshi, and ask him why he had been marked absent though he was present at 7.35pm on Friday. Joshi told him to speak to him only after wearing his uniform. Shirke left Joshi's cabin, went to the detection room where he changed, and returned at 8.15pm," said an officer.

Sources said Shirke had to wait as there was a visitor along with an assistant inspector inside Joshi's cabin. Around 8.30pm, Shirke entered the cabin after the visitor and the ASI left. Joshi was all alone. A heated argument ensued.

Joshi then told his driver to get his jeep to go home but as soon as he stepped out, Shirke fired three rounds from his 9mm bore pistol, said an officer. While two bullets hit Joshi on his back and buttock, the third and some shrapnel hit another constable, Balasaheb Ahire. Shirke then shot himself in the temple from the right. Both were taken to Lilavati Hospital, where doctors declared Shirke dead.

Joshi was taken in for surgery but died at 11.55pm.

While Shirke was cremated at the Vakola Hindu cemetery near BKC, Joshi was cremated with full honours at Chandanwadi cemetery in south Mumbai, where almost all the top cops, including Maria and joint commissioner of police Deven Bharti, were present.

Joshi, a 1986 Maharashtra Police batch officer and a Ratnagiri native, was a recipient of the President's medal for meritorious service and had been awarded for his role in the 2006 train blasts probe. He stayed in a one-room kitchen police quarters above Tardeo police station with his family of three - wife Jyoti and twin daughters studying in class 10. He has two brothers - one works in the RTO, the other is a deputy superintendent of police in the anti-corruption bureau.