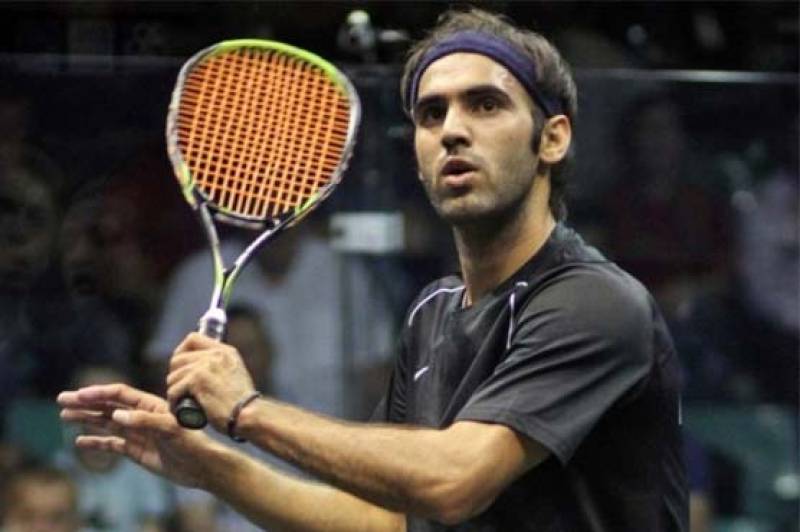 The final match was started on a slow pace and it took momentum when Farhan Mehboob lost the first set to Danish Atlas at 3-11. It was quite an easy sailing for Danish who adopted attacking game strategy right in the outset of the final and thus won the first set 3-11.

After conceding a set, it was an otherwise situation when Farhan Mehboob looked himself quite confidence with his super nick, perfect drops and forceful backhand and forehand smashes. The final was a treat to watch as both Farhan and Danish exhibited their class and received cheering responses from the jam-packed spectators' fence but lefty Farhan was too good in hitting his perfect nicks.

Farhan is one of the best left-handed stroke expert players, this is the quality which he has after the great legend Qamar Zaman, exhibited well against Danish in the final by hitting matchless nicks and drops shorts and received thundering applause from the sitting spectators.

Farhan is 9 times national champion and former Pakistan number 1 player and was the gold medal winning team member at the Asian Games in Guangzhou, China, lost the fourth set to Danish.

Danish Atlas Khan won his first PSA World Tour title at the Persian Gulf Cup in 2011, played an attacking game and kept Farhan in the back of the court by hitting some good drops.

Danish Atlas Khan is the youngest Asian Games Gold Medalist in history at age of 16, took the fourth set by 7-11. Danish Atlas Khan, who won 2 Asian Junior Championship in 2011-12 and also grabbed Chicago Open in 2015, responded well to Farhan in the fourth set but Farhan dominated the last set he won by 11-9, and thus got the title.