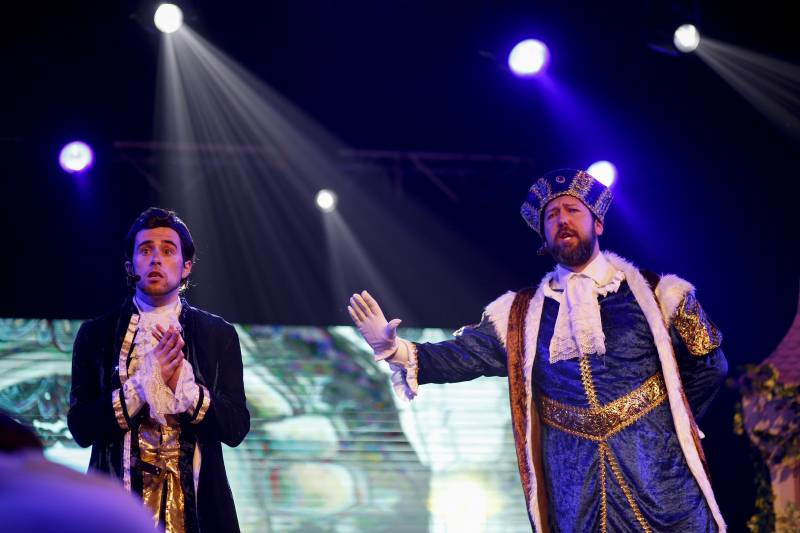 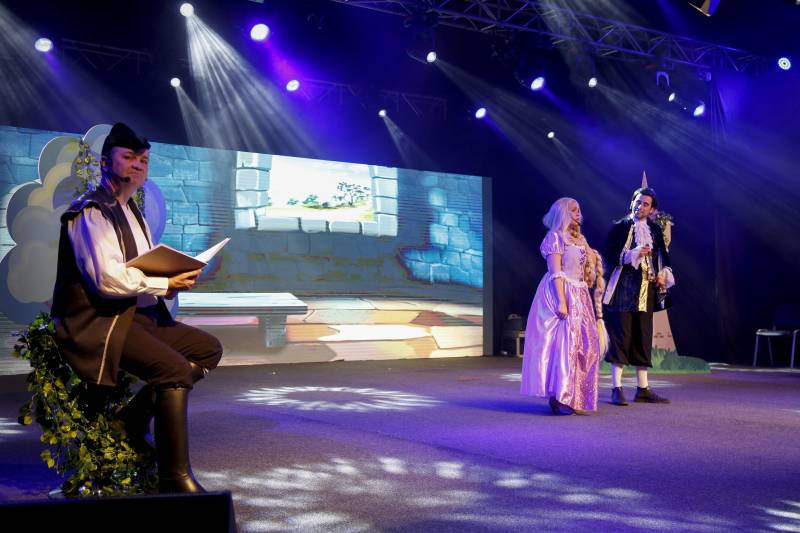 SHARJAH - Classic Disney songs were sung with gusto last night at the Sharjah International Book Fair (SIBF 2019), as UK-based Theatrical Company James and Murphy Productions, led by Paul Murphy and Charlene James, gave a rousing rendition of the tale of Rapunzel, the stolen Princess with the long golden hair.

The accomplished actors, with Paul Murphy as the “Narrator” and Charlene James as the Wicked Witch, brought to life the thrilling story to a packed theatre in the in Kids Hall attended by all ages. We begin with the news that in a land far, far away the King and Queen who ruled over a happy and prosperous land are delighted to announce that the queen is to have a baby.

But sadly, soon after, the Queen becomes sick and might die. The King is beside himself with worry and tries to find a cure for his Queen. His search brings him to the cottage of the Wicked Witch. Here he learns she has a magical plant that can cure the Queen but when he asks the Witch to give it to him she says, “No you cannot have it and furthermore if you ever try to take it, there will be severe repercussions.”

But the King believed he could take the plant, as it glowed in the moonlight, for he was a King, what harm could the Wicked Witch inflict on him. Sadly, the Witch saw him sneak into her garden at night and steal her plant. She promised the audience of enrapt children, that just as he had stolen from her – she would steal from him one day.

The King made a potion from the plant and gave it to his wife the Queen and she recovered completely and gave birth to a beautiful baby girl with long blond hair. But one night the Witch crept into the castle and stole the baby girl and kept her locked up in a tower. One day, just before her 18th birthday Rapunzel was rescued by her brother the Prince and restored to her very relieved parents.

All through the show singing and dancing kept the kids entertained as they enjoyed the top-quality performance, which is one of many at the SIBF taking place until November 9, at the Sharjah Expo Centre.

There are 400 fun-filled activities for children including 88 plays and workshops based on superheroes like Black Panther, Spiderman, and Captain America. Find out more at sibf.com/en/home.