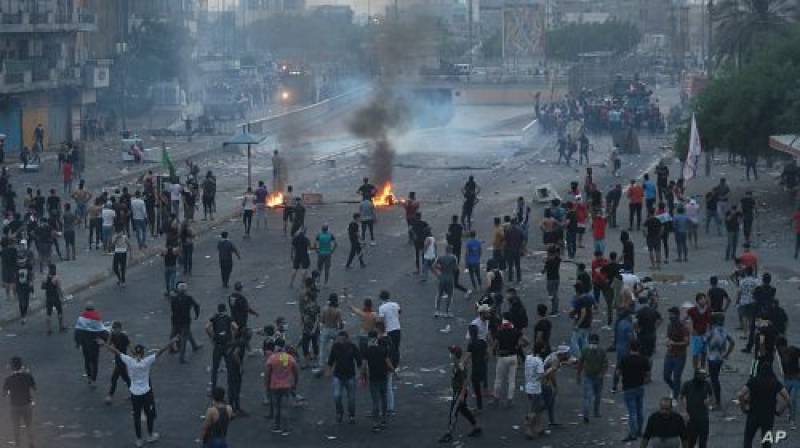 BAGHDAD - Iraqi Prime Minister Adel Abdul Mahdi has called for dialogue after a third consecutive day of deadly anti-government protests in Baghdad and several other cities.

In a statement, Abdul Mahdi's office said the government is ready to meet with representatives of demonstrators to consider their legitimate demands.

Meanwhile, the number of people killed in unrest in Iraq rose to 31, while almost 1,200 people have been wounded.

On Thursday, at least 12 people were killed in the violence.

Baghdad and other Iraq 's regions have been facing anti-government protests since Tuesday.

Early on Thursday, the authorities introduced a curfew in Baghdad. The measure was subsequently expanded to Najaf, Maysan, Dhi Qar, Babylon and Wasit provinces. However, the protests continued.

Moreover, the authorities blocked internet access across Baghdad and several other regions in central and southern Iraq .

Demonstrators call for the government to be dismissed. Moreover, they demand jobs, economic reforms and fighting against corruption.