We, the Slogan Slaves 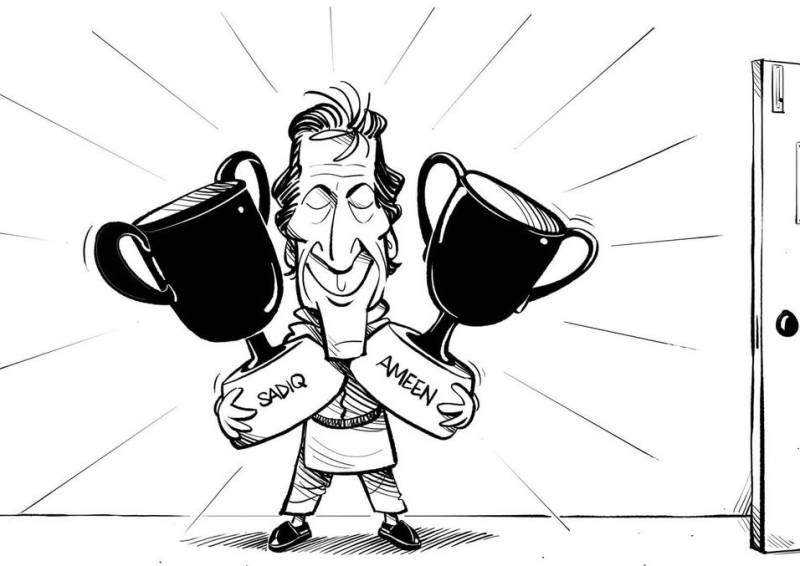 Where the geography of Pakistan has mesmerizing beauty, it also has wonderful but innocent people. The majority belong to diverse cultures, value their commitments, try to enjoy leisure times, and somehow take care of their family, friends, and neighbors. But the spirit of innocence is a curse for the Pakistani nation which has always been downplayed by the political power-seekers who either come from the window of religion or patriotism. Though the country’s foundation was mobilized using religion, its founder wished for a Pakistan where religion would not be misused to divide the nation and patriotism would not be questioned by those who question the governance loopholes. Since religion is most dear to the majority, apart from the fact we do not bother to practice a bit, our innocence does not let us understand the motives of religion-quoted political slogans.

Our humility outside Pakistan and sufferings inside is the result of the notorious religiopolitical slogans’ trap that serves the interest of a few in power but manufactures the blind-spot blocking our view of the facts behind. This trap is significantly visible in almost all the civil-military regimes in Pakistani history which range from Ayub Khan’s unequal economic policies (diverting the country’s wealth towards a few families), to the Bhutto’s Roti-Kapra-Makan (but broke East Pakistan), to the Zia’s Islamization (flourished violent extremism), to the Zardari’s Pakistan Khappey and Sharif’s feudalism (fueled huge corruption and systems’ failure), to the Khan’s so-called Tabdeeli (change) and establishing the state of Madinah (which is resulting in nothing but historic inflation). Each time, the nation had hope in the new slogan, and each time its sufferings were multiplied. Those who could not get into direct power, build their vote-bank through opportunities in religious and nationalism issues to seek their political interests through the alliance with those in power. PML-Q, MMA in KPK, MQM in Karachi, and TLYR in Punjab were such examples that merely contributed to destabilizing the country and prioritized their personal political interests.

It is not only the case with these major political regimes, sloganism is significantly visible in the tone of those who intend to build public narratives, not for the people but their political interests. Almost all the time, something corrupt is going on in the political spheres but the public focus is skillfully shifted with a new issue and a new slogan. I feel sad when politicians quote Islamic values and verses in their political speeches to deceive the public but do not comply with Islamic principles of public welfare and notoriously continue their role in the country's destabilization and dumbly defend that too. We, the people, think that our so-called leader is quoting our faith and we should trust him, but that leader knows very well what s/he is aiming to achieve from trust-building. Certainly not the public interest. Unfortunately, they know our weaknesses which they massively utilize by dragging our faith into their dirty politics. Yes, Pakistan was established in the name of Islam, but Islam does not let its followers to continue suffering in the hands of those who misuse its values to fulfill personal political goals.

Apart from the broader political spheres, we also have many champions around us who lecture everyone with apparently charismatic arguments, but they do not leave any opportunity to reap their personal interests from that. They are just the small fishes who feed the purpose of large ones, and we have to realize that our (general public’s) innocence and inability to verify their slogans and statements is their feed. If we want to break their trap, we have to consider our State’s performance by separating the religion from the statements and slogans of those who run the state or who are lusting to run in the future. Since Islamic principles of State governance place the common people’s welfare at its top priority, we will acknowledge that Islamic values and principles were part of the governance or political processes if common people’s interests and welfare are being served with priority. Since we are not getting that we have to stop falling prey to their misquoted slogans and statements, have to ignore our political affiliations if public interests are not served, and have to challenge narratives that are not uniting but dividing.

The author is a graduate of MA Conflict Transformation from the USA and writes frequently on religion and conflict. He can be reached at akramuhammad1@gmail.com.