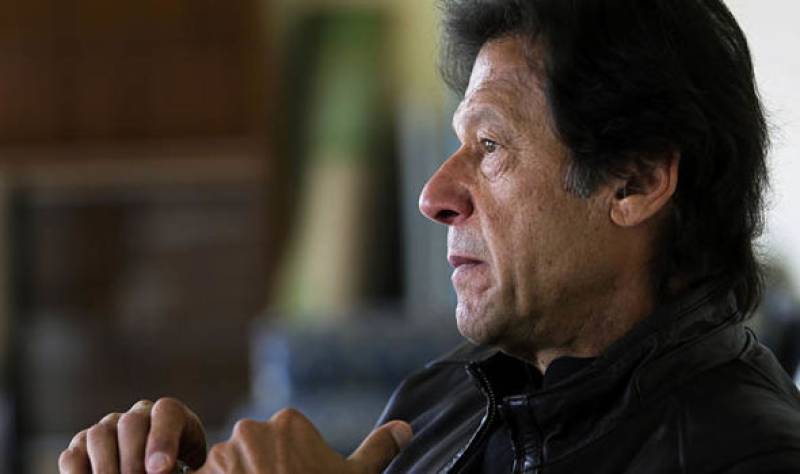 Prime Minister Imran Khan’s summit meeting with President Trump at the White House next week is an important development at the strategic level. Both sides are treating it accordingly.

In his tweet on Pakistan’s arrest of Hafiz Saeed, calling him the “so-called ‘mastermind’” of the 2008 Mumbai terror attacks, President Trump enraged Indian trolls with the parenthesis and by implying collaboration with Islamabad instead of heaping blame. He successfully walked a tightrope: claiming credit for an anti-terror arrest during election time but without criticizing a fickle ally.

Pakistani government spokespersons are also underlying how important the visit is. But they are more focused on projecting the Prime Minister rather than Pakistan’s strategic objectives. There is little discussion on why this meeting is crucial to Pakistan’s strategic projection of itself as a key regional player. Petty issues are getting more coverage: how the Prime Minister will save money by staying at the ambassador’s residence and by not taking along a large delegation of cronies as former premiers did.

Media and academic commentators are more focused on lamenting the past instead of looking to the future, seeing the IK-Trump summit as a prologue to more strategic trouble for Pakistan than an opportunity. Some Pakistani experts are more focused on how “unpredictable” Washington is as an ally, and how Islamabad needs to be wary of getting blamed again if the latest Afghan peace process fails. These are legitimate concerns and discussing them again is welcome. But in international relations, the past must not stop planners from looking at new opportunities. In the case of Pakistan and the United States, the relationship immensely benefited both nations, and mutual recriminations do not sum up the story.

The public discourse in Pakistan has grown so reclusive, not to use the word isolationist, that it is hard to find commentaries in Pakistan today discussing emerging opportunities for Pak-American cooperation in the wider region of South Asia, Afghanistan, and the Gulf.

This situation is like the 1990s when Pakistan helped the Free World defeat communism but failed to extract strategic benefits from its powerful western allies. Pakistan was positioned at the time to get those benefits, enjoyed tremendous goodwill. All it had to do is ask, prod, and do the legwork.

But Pakistani elites preferred to look inwards and spend the next twenty-five years disengaging from the world at all levels: economically, culturally, and strategically. That was the time China and India liberalized their worldview and achieved big.

This is a good time as ever for Pakistani elites to focus on seizing big international opportunities and not get saddled with the trivial.

Since January 2018, Daily Pakistan Global allowed this column to explore emerging opportunities in Pakistan-US relations under President Trump. Over the past eighteen months, I have explored some bold ideas in this relationship that are missing from the public discourse in Pakistan:

1. January 2018: Does Pakistan Want America Defeated in Pakistan? The argument was: No. An American defeat in Afghanistan does not suit Pakistan’s long-term strategic interests.

3. May 2019: A Pakistani Strategic Opportunity in Iran Crisis. Quote: “International pressure on Iran is also a good time to try to effect change in Tehran’s policies on Pakistan and possibly in the wider region. For Islamabad, of special interest is Tehran’s open alliance with India’s plans to contain and encircle Pakistan and fail the CPEC/Gwadar project. So, the American pressure campaign on Iran helps Pakistan in some ways to pursue its interests.”

4. July 2019: Is Gwadar Attack Linked to Gulf Tensions? Quote: “April and May have seen three major attacks in and around the Strait of Hormuz targeting Pakistani, Emirati, and Saudi interests. All these attacks were military-level operations, impeccably executed.”

Pakistani policy on ties with the United States today requires the entrepreneurship we have shown in the 1960s and again in the 1980s when we worked on and lobbied for our joint interests.

We need some optimism and confidence. Negativity may blind us to emerging opportunities. Why enter big international politics with displays of trepidation and insecurity? Playing big entails challenges and opportunities. Pakistan deftly played this game once. Trouble came when we withdrew and isolated ourselves thanks to a limited vision in the 1990s.

The limited and isolationist leadership of the 1990s failed Pakistan internationally and was unable to benefit from our immense role in the triumph of the Free World over communism. That mistake must not be repeated.