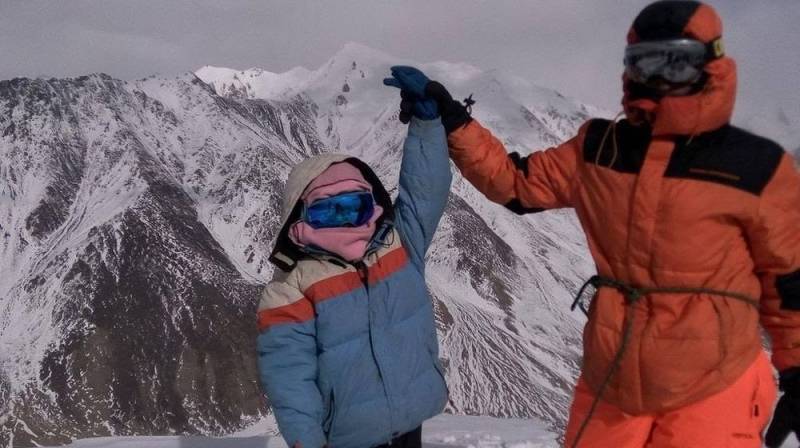 ISLAMABAD – A 10-year-old girl from Pakistan has become the youngest climber in the world to scale a 7000-metre high mountain in Gilgit-Baltistan region of the South Asian country.

#SummitAlert#Pakistan 's 10 years old Selena Khawaja became the #youngest person ever to stand on top of #Spantik peak (7,027m) this morning. This record also holds special value as this makes her the youngest #climber ever to #summit a #7000er anywhere in the world#karakoram pic.twitter.com/t0sMTbzTcl

The youngest in the world to scale that high, Selena had previously held the record of climbing Quz Sar Peak’s 5,765 metres followed by Mingli Sir’s 6,050 metres in 2018 at the age of nine.

Selena started mountaineering when she was only 8 years old, according to her father Yousaf Khawaja.

“In less than one year, she was able to do Miranjani (3,000m) round trip in half the time,” Yousaf had told reporters in March last year.

ISLAMABAD - A nine-year-old Pakistani girl has achieved the feat to become the youngest to scale the 5,765-metre-high ...