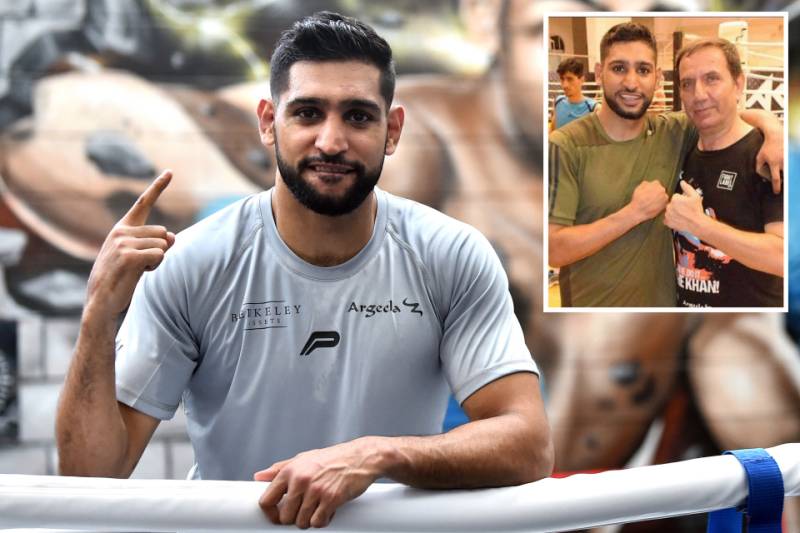 ISLAMABAD – An application filed in Aabpara police station in the federal capital stated that internationally acclaimed British boxer Amir Khan and his brother have threatened the Iranian coach of Aamir Khan Academy.

The complainant, Dawood Nammi, who is the Iranian coach of Aamir Khan Academy in Islamabad, said Amir Khan threatened me to leave the academy or I would be picked up by the local police.

Nammi further stated that the brother of Amir Khan, Haroon, also stormed the boxing academy and tortured me. The attackers threatened to kill me if the academy was not handed over to them.

Adding that he was hired four years ago at a monthly salary of Rs35,000 but he has not been paid for the last few months. Amir’s father brought him for coaching at the academy but both sons want to get rid of me without paying outstanding dues.

ISLAMABAD – Boxing star Amir Khan has declined the offer to join Pakistan politics, saying that Pakistan is being ...

If something happened to me, then the former light-welterweight champion and his brother should be held responsible for it, the Iranian coach added in the application.