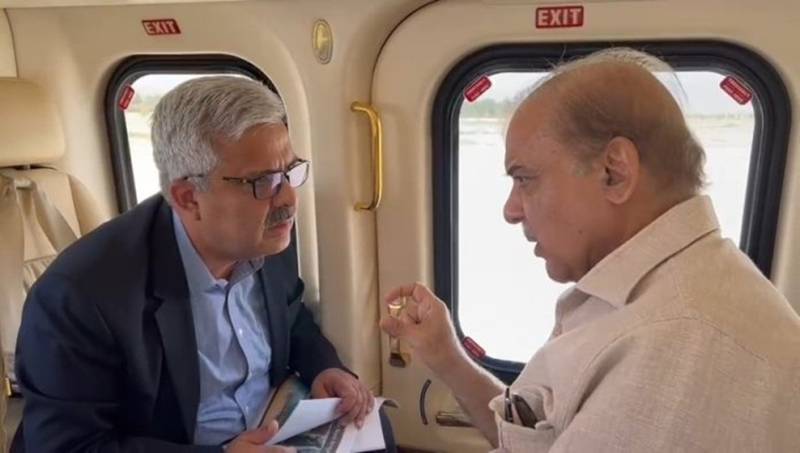 QUETTA – Prime Minister Shehbaz Sharif arrived in Quetta on Sunday to review work on the rehabilitation of flood-affected road and railway infrastructure.

National Highway Authority Chairman Khurram Agha gave a detailed briefing to PM Shehbaz during an aerial view of the damaged railway bridge in Bibi Nani and the restoration work on Pinjra bridge which was completely swept away by the floods.

Meanehile, the situation at Manchar Lake, the largest natural freshwater lake in Pakistan, is becoming critical with each passing day, threatening the lives and assets of the residents of five union councils of Jamshoro district.

The water level at the lake further increased to 123 Reduced Level (RL) amid strong winds.

Jamshoro Deputy Commissioner Capt (retd) Fariduddin Mustafa on Saturday issued evacuation orders for the people of the five UCs, saying that they should move out to safer places.

JAMSHORO – The situation at Manchar Lake, the largest natural freshwater lake in Pakistan, is becoming critical ...