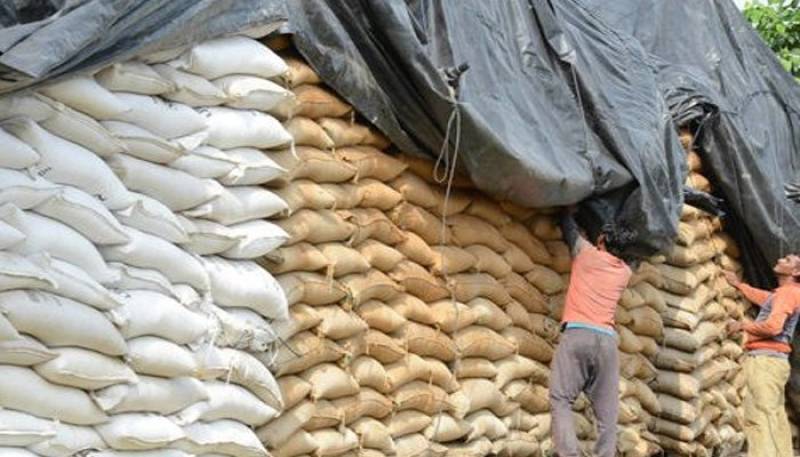 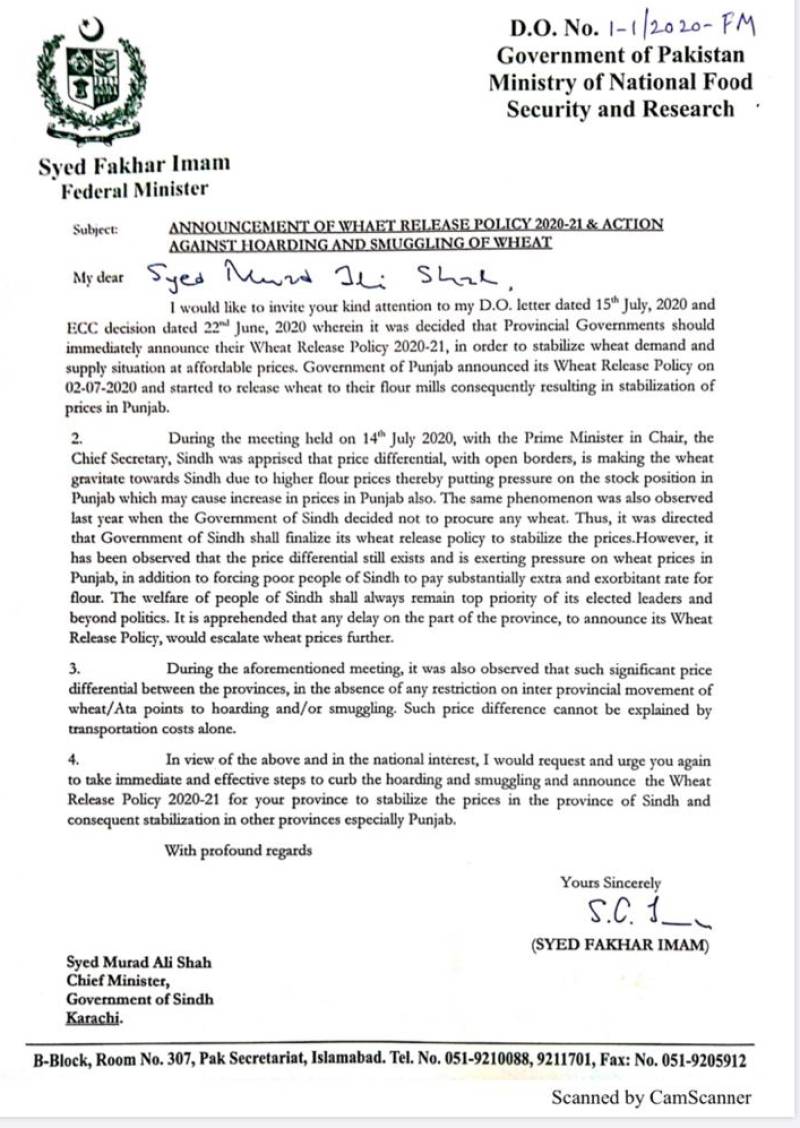 In a letter written to Chief Minister Syed Murad Ali Shah yesterday, Federal Minister for Food Security Syed Fakhar Imam said the Punjab government had announced its wheat policy earlier this month, which he maintained, helped it to lower the price of flour in the province.

“During the meeting held on July 14, 2020, with the prime minister in chair, the chief secretary, Sindh was apprised that price differential, with open borders, is making the wheat gravitate towards Sindh due to higher floor price thereby putting pressure on the stock position in Punjab which may cause an increase in prices in Punjab too,” the letter stated.

Fakhar said that the same phenomenon was also observed last year when the government of Sindh decided not to procure any wheat. “Thus, it was directed that government of Sindh shall finalise its wheat release policy to help stabilise the wheat prices. However, it has observed that the price differential still exists and is exerting pressure on wheat prices in Punjab, in addition to forcing poor people of Sindh to pay substantially extra and exorbitant rates for flour,” the letter added.

The letter was written hours after Flour Mills Association in Sindh hiked prices of flour, blaming the provincial government for not providing wheat to the mills.

Food for thought: why within two months of harvesting season, wheat is nowhere?

Fakhar further said in his letter that the welfare of the people of Sindh shall always remain a top priority of its elected leaders and beyond politics.