Food for thought: why within two months of harvesting season, wheat is nowhere? 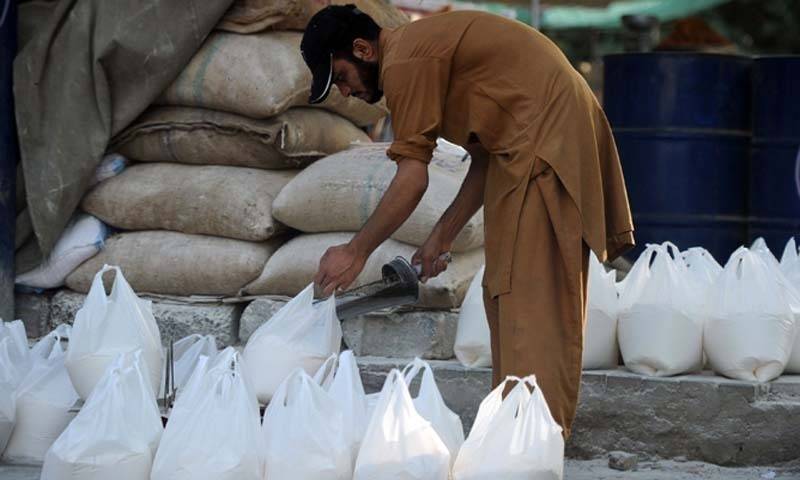 From the common man to wheat farmers, retailers, flour millers, and chakki owners, all are complaining about the shortage of wheat in the country.

Now, a federal minister – Federal Minister for Food Security Fakhar Imam – has also joined the chorus that where has wheat gone just within a couple of months of its harvesting season.

Why Pakistan, which has been storing surplus wheat since 2010, has come to a point that wheat is hard to find in the open market at the government’s fixed price, while flour is also being sold at inflated rates.

Minister Fakhar Imam has said on the floor of the house why wheat and flour are being sold at exorbitant rates soon after the harvest season. He went on to say more than six million tonnes of wheat was bought from farmers in April and May “which has vanished in the market”.

He says that six million tonnes of wheat have vanished.

Here are the procurement and storage of wheat updates.

For 2020-21, the Federal Committee on Agriculture set a procurement target of 27.03 million tons from 9.2 hectares (22.73 million acres) in 2020 in the sowing season. When the target was set, it was predicted that Pakistan would get a bumper crop this year, almost two million tonnes more from the five-year average (25.38 million tonnes) but below previous expectation of a bumper output,” Food and Agriculture Organisation of the United Nations says. The average production stands close to the total annual requirement for the grain in the country.

Everything went well until March and April 2020 when hailstorm with relentless depleted the prospects of the bumper crop. In many places, the standing crops were demolished overnight, thanks to abortive weather patterns.

By the time, the procurement drive ended, the government was far behind its target. It could buy 22 million tonnes.

This 22 million tonne of wheat is well stored in provincial governments and Passco’s warehouses.

Where is six million tonnes of wheat gone?

This is the question Minister Fakhar Imam has raised too.

Let us talk to flour millers and farmers to trace the missing stock.

Ibrahim Mughal is the Agriculture Forum of Pakistan chairman.

He explains the reason behind the shortfall in sowing acres.

“In fact, it is the soaring cost of production, such as higher fertilizer prices, and a low support price (Rs1,450 per 40kg for the current year) hardly encouraged the farmers to sow wheat seeds on a larger area,” he said.

Moreover, the weather was not kind this year too.

This year, erratic rain and hailstorm battered the wheat crop in central and south Punjab, the main capital of wheat forms. Besides weather, the yellow rust attack just before the final stage also left the wheat farmers reeling.

Flour millers insist that the government’s flawed policies, as well as a pandemic, added up to the wheat problem.

Majid Abdullah runs a flour mill in Lahore and is the head of the Progressive Flour Millers Group.

“The government set a wrong procurement policy where no flour mill was allowed to buy the produce,” he tells this scribe.

“Earlier, flour mills would buy about one million tonnes of wheat to keep their mills running before the government released wheat to them in October every year. This year, the government banned flour mills from buying wheat from farms. In the open market, the staple food is being sold at Rs1,800 to 2,200 per maund. How is it possible for millers to buy wheat at Rs2,200 and sell it at Rs1,450?”

When the Punjab government has started releasing wheat to flour mills, why is flour still not available at government fixed prices?

“Well, the (Punjab) government is releasing only 17,000 tonnes of wheat every day under its interim policy approved in the first week of July, whereas the demand is 25,000 tonnes. Unless the shortfall is not met, the flour will hardly be available at Rs850 per 10 kg.”

The Punjab government, however, cannot risk releasing 25,000 tonnes of wheat a day as it will deplete its wheat reservoirs by February or March. It has already started releasing the wheat in July instead of October. Moreover, the other provinces are still sitting on their stocks. Sindh has clearly said it will release wheat from September.

In this situation, the flour price cannot be stabilized.

Punjab Food Secretary Asadur Rehman, however, rejects the impression that the target was unrealistic or the weather factor damaged the crop.

“We have seized hundreds of tonnes of wheat from hoarders, which we will supply to flour mills at official rates,” he told Daily Pakistan. He also accused the flour mills of hoarding wheat.

Majid Abdullah, however, rejects the food secretary assertions and says that the government is welcome to raid mills and confiscate the stocks.

He advises the government to arrange 1.6 million to two million tonnes of wheat stock at the earliest.

Now, the million-dollar question is: how to arrange the food crop?

In the international market, wheat is available at Rs2,000 per maund, and when added transportation and storage and supply charges, it will reach Rs2,200 per maund.

The government will have to go for wheat import. In fact, the government has already reached the international market to buy wheat stock.

Ministry of the National Food Security and Research Omer Hamid Khan says they have allowed the private sector to import wheat and in this regards private buyers have placed orders for import of 270,000 tonnes which is due by September.

The thing to be noted is: will the government allow private buyers to sell wheat at Rs2,200 or they will be restricted to sell flour at Rs850 per 10kg?

So, the wheat stock is available with provinces and Passco, and of them, only Punjab is releasing interim quota to flour mills. Flour prices will become down in September and October when all provinces will start releasing wheat to flour mills.