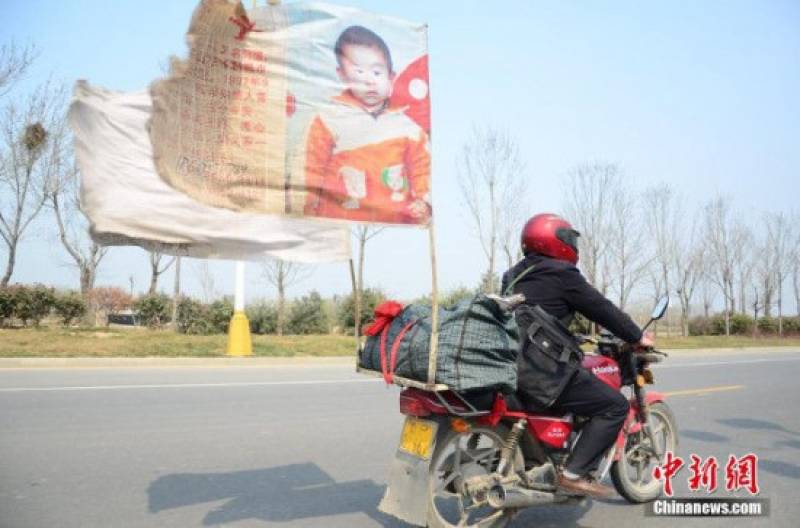 LIAOCHENG (Web Desk) - Chinese social media is abuzz with the story of Guo Gantang, 45, who has spent the last 18 years on the road in search of his missing son.

Guo’s ordeal began on September 21, 1997, when his two-year-old boy, Guo Zhen, was abducted from the front gate of his home in Liaocheng, Shandong Province. According to a little girl he was playing with at the time, Zhen was snatched by a middle-aged woman. Since then, the heartbroken father has dedicated his life to finding the boy.

Guo has travelled over 400,000 kilometers to all of China’s provinces, except Xinjiang in Tibet, wearing out 10 motorcycles in the process.

In the hopes that someone might recognise the boy and give him some useful information, Guo always has two flags with an old photo of him strapped to his motorcycle.

Guo Gangtang, once a handsome young man who earned a decent living, now has a wrinkled face caked with dirt from all the years he has spent on the road. His hollow eyes recount all the pain and anguish he has suffered for almost two decades. The Guo family has never taken a family photo since the abduction, always putting it off until they can be a complete family again. 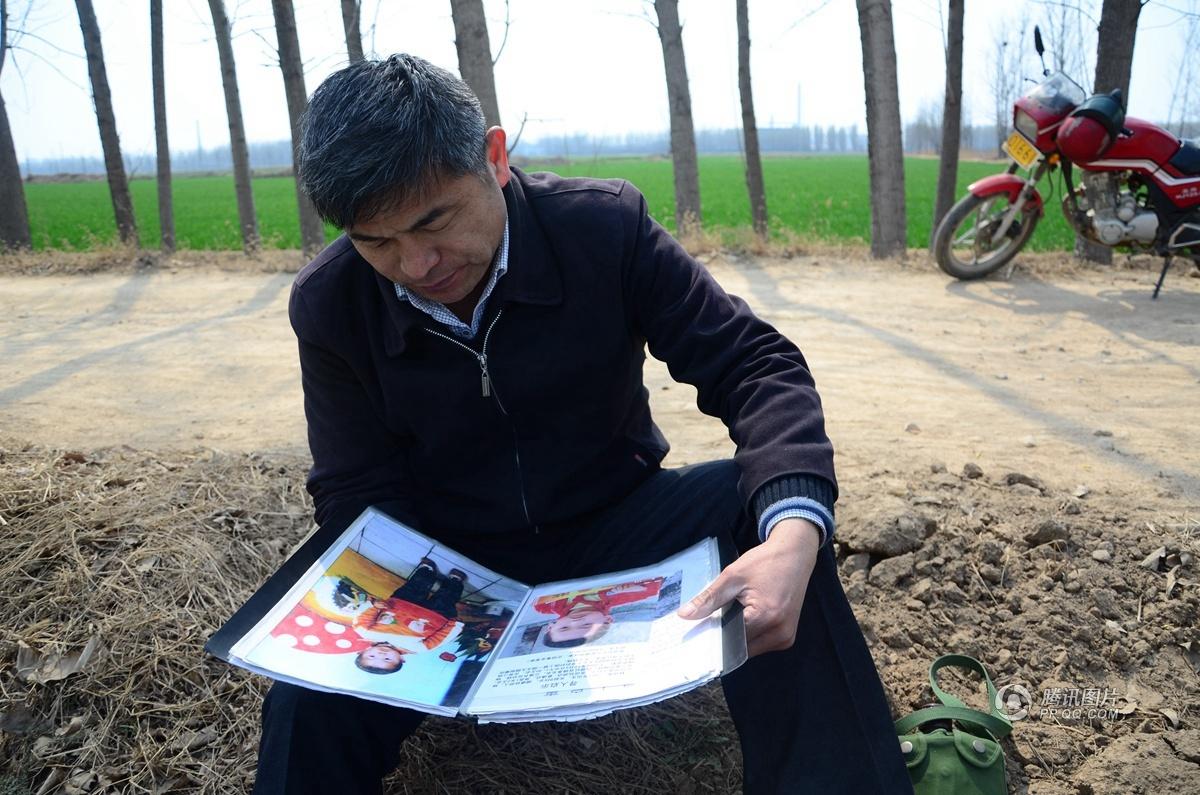 Sadly, Guo has not been successful so far, but in the course of his search he has become a godsend for other parents with missing children. With his help, dozens of kids have been returned to their families.

Guo, however, said that he never participates in the actual reunions, because he’s waiting for his own. There have been times when he had less than 5 cents in his pocket, not even enough buy a meal, but simply refuses to give up hope of one day finding his son.

“I keep telling myself, ‘maybe tomorrow Guo come back,’ but that ‘tomorrow’ is yet to come,” he said. His only worry is that his old home may be demolished while he is on the road, and his son won’t have anything to recognise when he finally finds him. 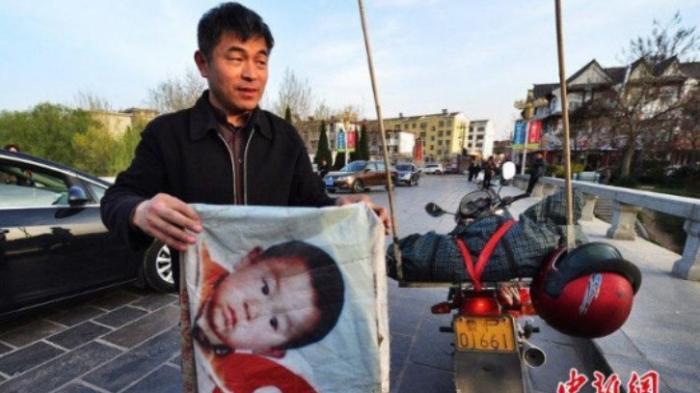 Guo’s heart wrenching story was the inspiration for the 2015 movie Lost and Love, starring Andy Lau. Lots of people have come to know of his plight after watching the movie, and are now showing their support via social media.

“This is father’s love. Such a touching story! It makes me want to cry,” wrote user @Xiaoyuanzi.

User @The-smurfs said: “How I wish Guo could have his family reunion soon!”

According to a BBC report, over 20,000 children are abducted in China every year. They are then put on the black market or sold openly online. The tragic phenomenon is portrayed in the documentary Living with Dead Hearts.