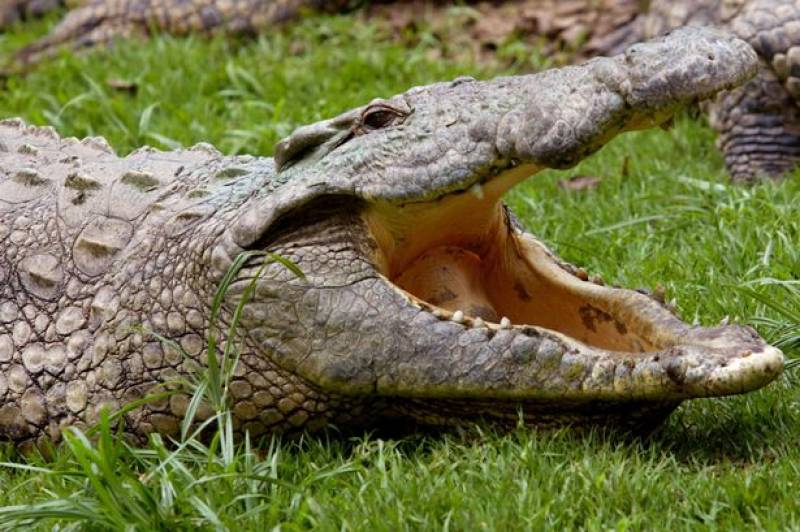 NEW DELHI (Web Desk) - A mother on Sunday saved her 19 years old daughter from the jaws of a crocodile after a ten-minute fight with the dangerous animal in India.

Divali Vankar-the mother- was reportedly busy washing clothes in the Vishwamitri River the other day when a crocodile grabbed her daughter, Kanta Vankar's leg.

The snarling reptile began pulling the 19-year-old into the river when Divali's protective instinct kicked in.

According to a forest department official, the woman immediately struck back, hitting the beast with a bat used to beat washing.

Eventually, after a 10-minute struggle, the river monster gave up and let go the girl.