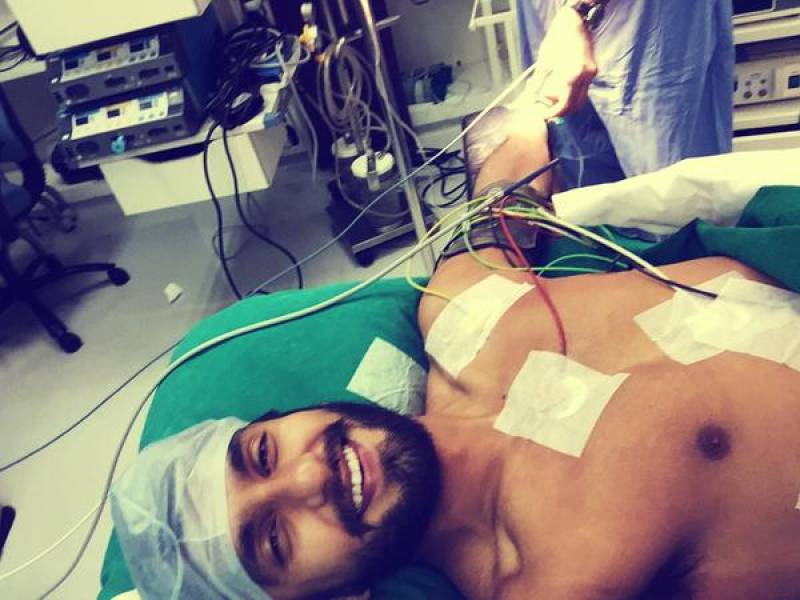 MUMBAI (Web Desk) -Bollywood actor Ranveer Singh stunned the world the other day when dared to 'tweet live' from the operation theater and published his photograph as well.

The actor was recently injured while shooting for Sanjay Leela Bhansali's film ‘Bajirao Mastani’ and was operated on Saturday.

Early morning, he tweeted ‘About to get knocked out’ and quickly followed it with another tweet – ‘He injected my neck ! Whoa!’

About to get knocked out!

He even shared a selfie, in which he is seen lying wired to monitors with his trademark smile.

Following the tweets of film star the fans began to tweet as well and started trending 'All The Best Ranveer Singh'.

Ranveer thanked his fans for their prayers in his another tweet after the surgery.

Surgery went well...Back home now & all set for the Rehab phase...Thank u all for ur love n concern! <3 #stongerthanbefore #eyeofthetiger