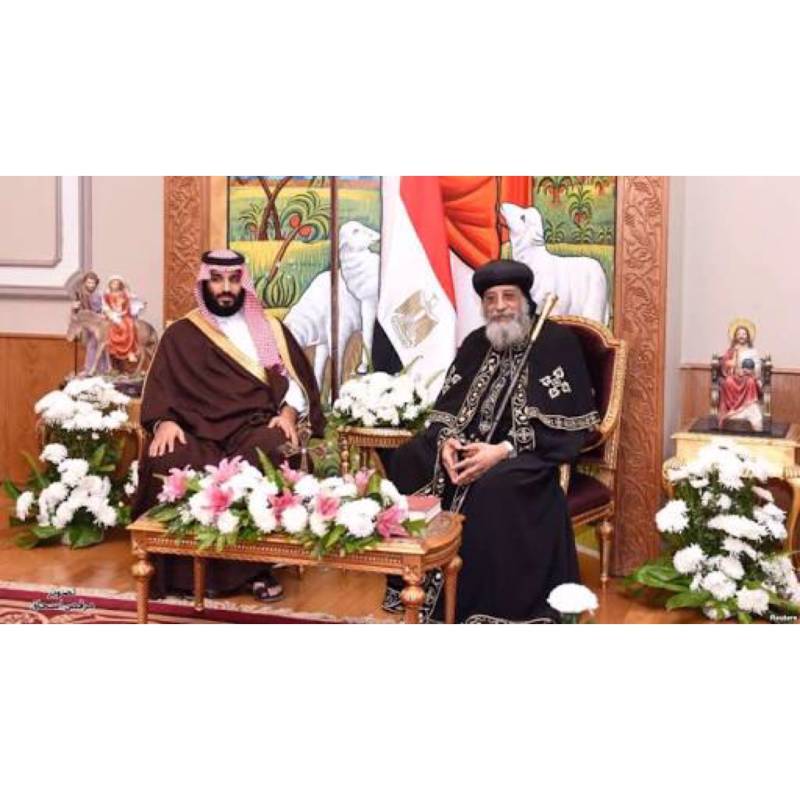 Saudi Arabia- Crown Prince Mohammad Bin Salman (MBS) is setting an example for all as he visits a Coptic pope on his tour to Egypt. He visited St. Mark’s Coptic orthodox Cathedral in Cairo. There MBS met Pope Tawadros II on Monday.

This meeting is seen to be vital as they discussed the the brotherly relations of Kingdom and Egypt along with fighting terrorism.

On his first day of his visit, the prince met the President Abdel Fatah al Sisi discussing closer cooperation, regional conflicts and other important deals.

This young prince with his more moderate and unique ideologies will bring a huge difference for the Kingdom, helping it to shun the fundamentalist interpretation of Islam.