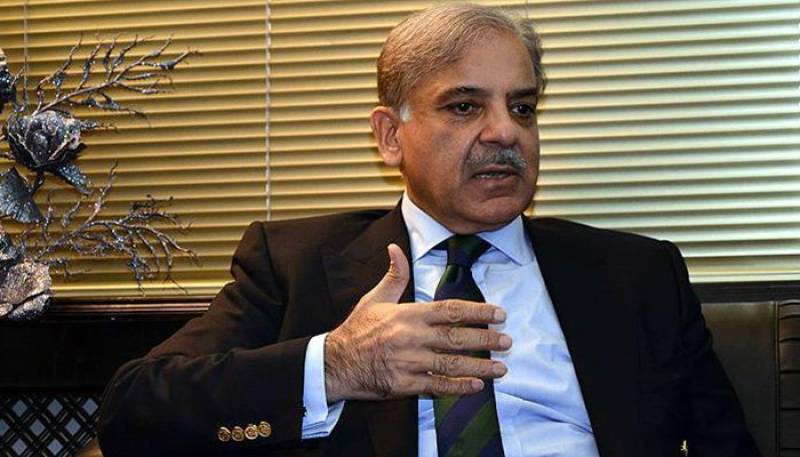 LAHORE - Leader of the Opposition in National Assembly Shehbaz Sharif termed the revelations made by an official preliminary report into sudden price hikes of sugar and wheat as charge sheet against Prime Minister Imran and Punjab Chief Minister Usman Buzdar.

Demanding action against those involved in the crisis, the PML-N president said that probe report by the Federal Investigation Agency has made revelations about serious allegations, adding that the prime minister is chairman of the Economic Coordination Committee.

"Now see what punishment is given to the chief minister by the premier," he said.

The FIA issued the report on Saturday evening revealing that Jahangir Tareen, Khusro Bakhtiar, and Monis Elahi are among the top beneficiaries of the sugar crisis that hit Pakistan in January this year.

Earlier today, Prime Minister Imran Khan said that that no powerful lobby will be able to profiteer at the expense of the public.

In a tweet regarding inquiry reports on sugar and wheat crisis, the Prime Minister said he awaits detailed forensic reports now by the high-powered commission, which will come out on 25th of this month, before taking action.

He said as promised preliminary reports into sudden price hikes of sugar and wheat have been released immediately without alteration and tampering. He said this is unprecedented in Pakistan's history.

The premier said that previous political leaderships, because of their vested interests and compromises, lacked moral courage to order and release such reports.