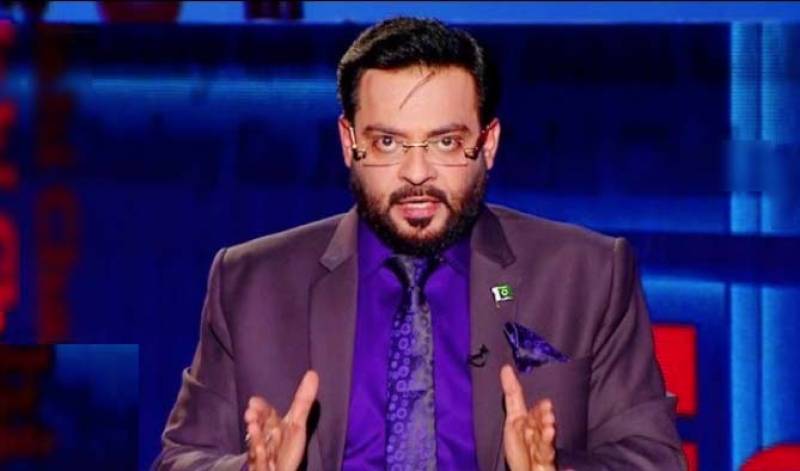 In a video clip he shared on his official Twitter handle on Tuesday, Aamir was reacting to PM Khan's use of the word "traitor" for the dissident members of his party who, according to him, became part of a conspiracy against him hatched by the United States of America.

In the beginning of the video clip, Aamir says no dissident member deserves to be called a traitor. He said he did not even participate in the vote on the no-trust motion as he was hospitalised due to a heart disease.

Addressing PM Imran, who is facing a tough political situation after dissolving the parliament, the TV show host asked, "How dare you call me a traitor?"

"I testify against you that you attempted to remove Chief of Army Staff General Bajwa," he said.

Aamir also said the letter the prime minister showed at the Parade Ground rally was "fake" and Shah Mahmood Qureshi and other PTI leaders too were involved in this game.

Towards the end of the video clip, Aamir mocked President Arif Alvi by calling him a dentist. "Please ask Mr dentist to stop issuing inappropriate orders," he said.

This is not the first time Aamir has made claims about army chief's removal. In another clip, he said he would be the strongest voice against any move to remove the army chief.