Court likely to wrap up the case by tomorrow 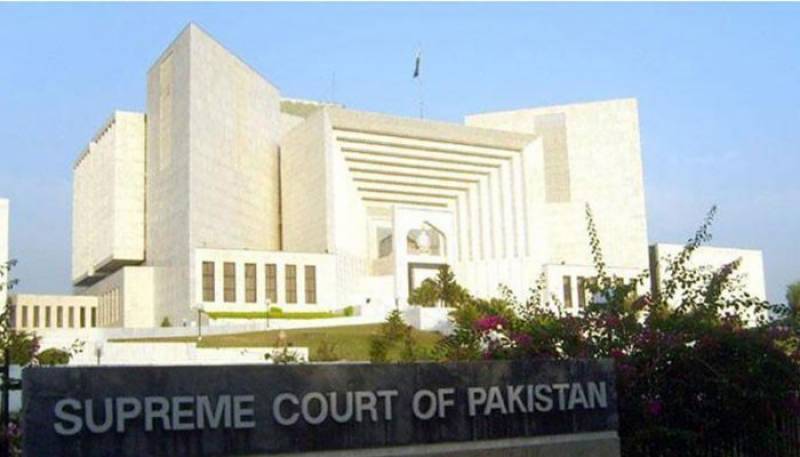 ISLAMABAD – The Supreme Court of Pakistan has adjourned the hearing on suo moto notice over Deputy Speaker's ruling that blocked the no-confidence motion against Prime Minister Imran Khan.

During the hearing, the country's top judge Justice Umar Ata Bandial remarked that the Supreme Court (SC) did not want to step into the investigation of policy matters as it only wanted to ascertain the constitutionality of the steps taken by Qasim Suri that resulted in the subsequent dissolution of the National Assembly.

JCP made the remarks while hearing arguments from PML-N's counsel who claimed that the motion opposed Article 5 of the Constitution.

PML-N's counsel proposed that the court may seek an in-camera briefing about the foreign conspiracy from the intelligence chief on which JCP said the court would not interfere in policy matters.

CJP ruled that the court prefers that a decision be taken on the matter related to the ruling of the deputy speaker.

Meanwhile, PPP Senator Raza Rabbani termed the NA deputy speaker’s move a civilian coup. PPP stalwart said a stance was created through an alleged cable which is based on malafide intent, adding that the no-confidence motion against the premier was tabled on March 28 but the NA session was adjourned.

He further maintained that Deputy Speaker gave the ruling without putting the documents before the parliament on Sunday. Deputy Speaker’s ruling is illegal and no-trust motion cannot be rejected without voting on it," PPP counsel argued while pointing out 10 malicious steps in the process of rejection of the no-trust motion.

Rabbani also mentioned that the deputy speaker’s ruling doesn’t have constitutional security under Article 69 and prayed before the court to issue an order today.

ISLAMABAD – PML-N President and Leader of the Opposition in the National Assembly Shehbaz Sharif on Tuesday urged ...

The court later adjourned the hearing till 11 pm on Wednesday as the hearing could not be completed today.