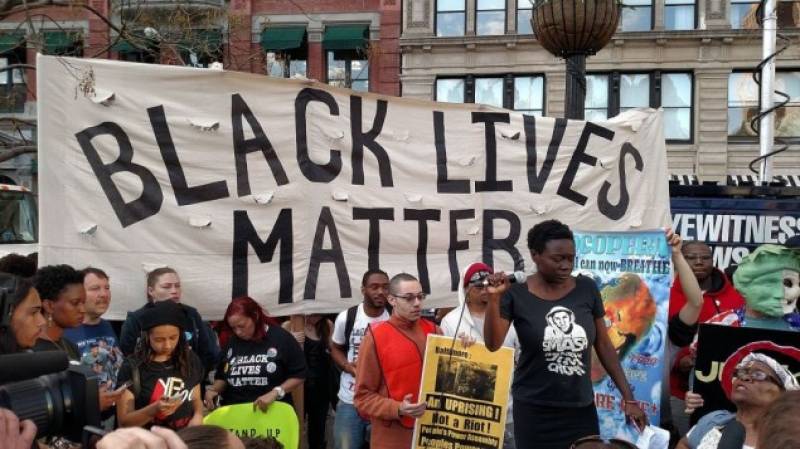 NEW YORK: After the Republican and Democratic national conventions, groups affiliated with the Black Lives Matter movement has launched a platform that labels Israel an “apartheid state” and condemns the United States for its alliance with a country it alleges systemically perpetrates a “genocide” against the Palestinians.

The new campaign calls for the Boycott, divestment, and Sanctions while severely criticizing U.S for its alliance with Israel.

One of the sections, titled Invest-Divest, in the documents addresses the U.S foreign policy, objects to U.S. military aid to Israel, which it describes as “a state that practices systematic discrimination and has maintained a military occupation of Palestine for decades.”

The section also argues that the U.S., because of its alliance with Israel, is “complicit in the genocide taking place against the Palestinian people.”

“Israel is an apartheid state with over 50 laws on the books that sanction discrimination against the Palestinian people.”

The platform claims Palestinian property is “routinely bulldozed to make way for illegal Israeli settlements” and that Israeli soldiers “regularly arrest and detain Palestinians as young as 4 years old without due process.”

“Everyday, Palestinians are forced to walk through military checkpoints along the U.S.-funded apartheid wall,” the platform adds, referring to the security barrier Israel erected in response to a wave of terrorist attacks committed by Palestinians from the West Bank.

The section expresses support for the BDS campaign against Israel, and credits Adalah-The Legal Center for Arab Minority Rights in Israel, as one of its “authors & contributors.”