"Cleanliness? Unacceptable!" Sindh Police stops Junaid Jamshed and activists from taking the law into their own hands 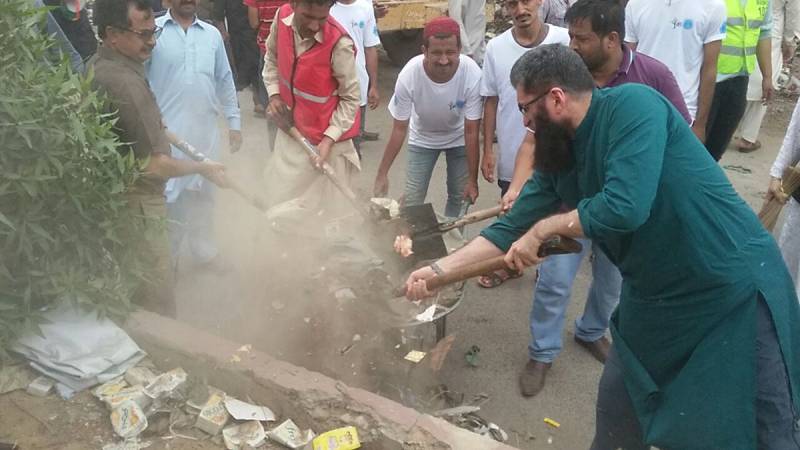 KARACHI (Web Desk) – A cleanliness drive campaign launched by a private social welfare organisation in Karachi was disrupted after police confiscated the heavy machinery and equipment into custody.

A large number of people including Islamic preacher Junaid Jamshed have gathered outside the Jamshed Quarters police station to protest against the action. They pledged that they will take the responsibility to clean the city on their own as the authorities have been neglecting their duties.

The metropolis produces around 13,800 tons of garbage daily which is dumped on just two landfill sites of 500 acres each, which is highly insufficient for a city of 22 million people. There are also inadequate machinery and other cleanliness facilities by local authorities.