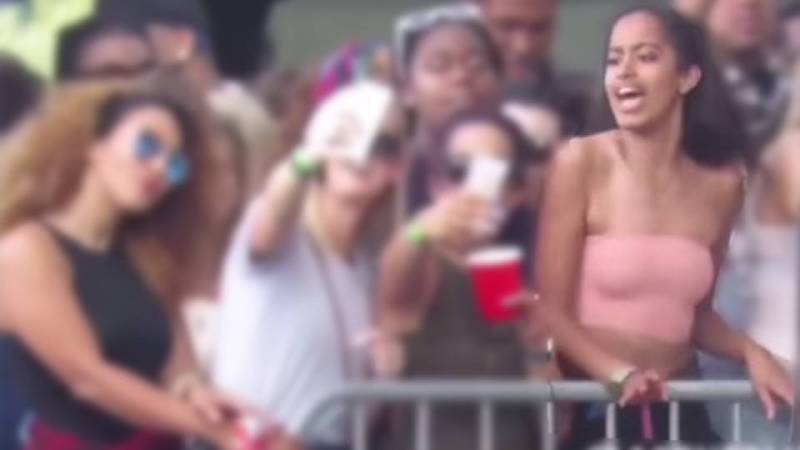 CHICAGO: Malia Obama, President Obama’s oldest daughter, was filmed twerking and lifting up her skirt at the Lollapalooza music festival in Chicago.

The 18 years old who has just graduated from high school, was dancing with friends to Mac Miller’s set.

Malia who was wearing a black crop top, was seen playfully lifting her skirt up to reveal a pair of short boyleg pants underneath.

Earlier, Malia was pictured arriving at the festival with her Secret Service security guards who apparently found it a little difficult to make a way into the crowd.