NEW DELHI - The Narendra Modi-led BJP regime has repealed Article 370 of the Constitution of India, which grants special status to the restive state of Jammu & Kashmir.

President, Ram Nath Kovind signed this notification to this effect after India's Home Minister, Amit Shah formally proposed revoking the article which gave J&K autonomy over its affairs, except in foreign affairs, defence, and communication.

The development allows anyone from India to buy land in the disputed Muslim-majority region and comes into effect immediately. 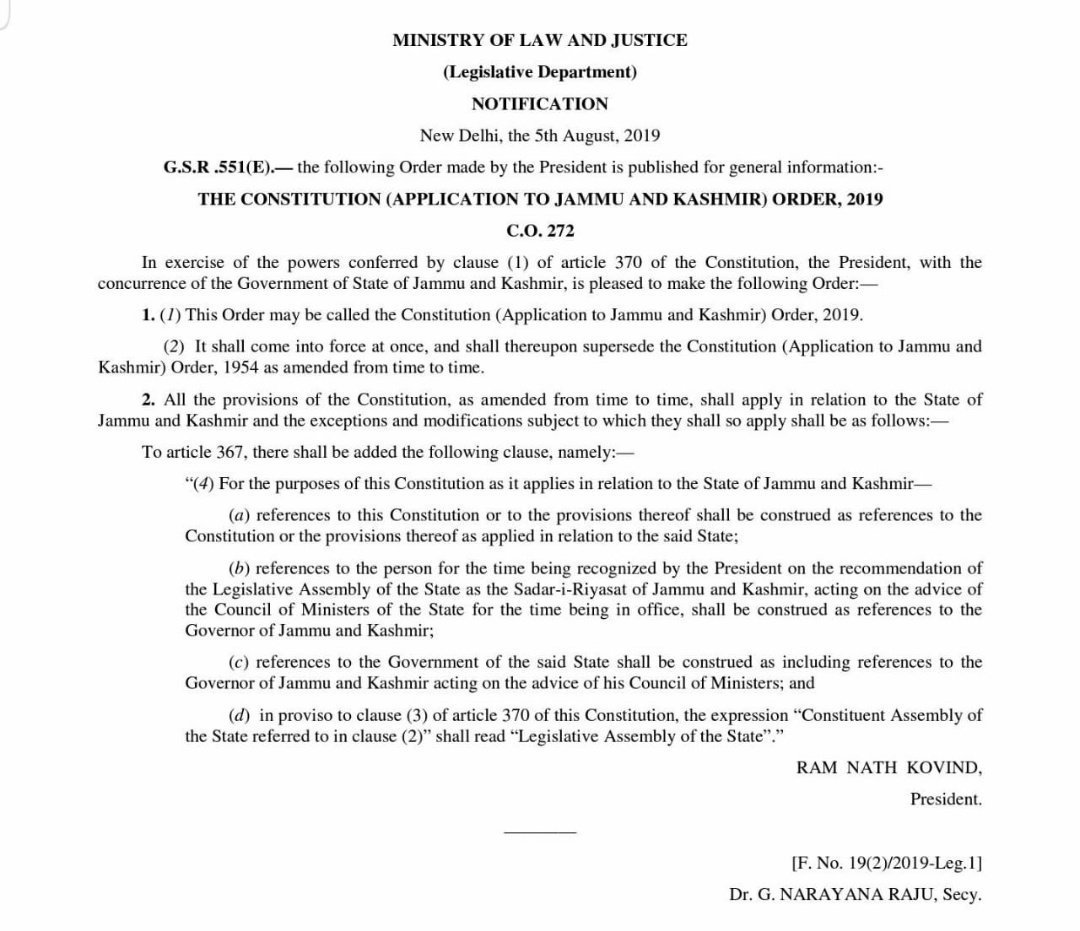 Shah moved a resolution in the Rajya Sabha on Monday that all clauses of Article 370 will not be applicable to Jammu and Kashmir, stirring uproar in the house; the minister introduced the resolution to ‘reorganise’ the status of the state.

According to the Constitution of India, Article 370 provides temporary provisions to the state of Jammu and Kashmir, granting it special autonomy, however, if the president greenlights Shah's proposal, it would stand revoked.

The said article, which has been under discussion for decades, also permits the state constituent Assembly to make its own Constitution, thereby giving it an autonomous state power.

It also lends other powers such as the need of concurrence of the state government if the central government plans to make amendments to the concurrent list of subjects.

The proposal came after the crucial Union Cabinet meeting at the official residence of Prime Minister Narendra Modi in New Delhi.