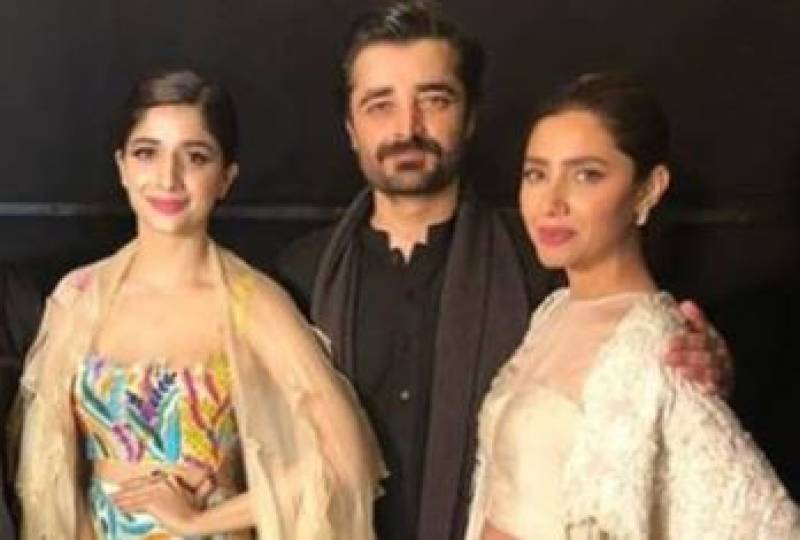 LAHORE- Authorities in India-occupied Kashmir imposed an indefinite security lockdown before Sunday midnight, ordering thousands of visitors out of the region.

The occupying forces laid steel barricades and razor wire on roads and intersections to cut off neighborhoods in serene Srinagar and other towns in the Kashmir valley.

In fresh aggression, Indian authorities also suspended internet services as well as a majority of mobile phone networks, stirring panic and chaos among the residents reeling under the brutality for decades.

Soon after the tensions escalated, hashtag #StandWithKashmir started trending on Twitter and many came out to express their support for Kashmiris.

Celebs such as Hamza Ali Abbasi, Mahira Khan, Hareem Farooq, and Farhan Saeed and others are raising their voices to speak up for them.

Hamza Ali Abbasi was the first one to speak up against India’s recent atrocities in Kashmir:

(1/3) I appeal to all Pakistani artists, especially those with the most following on social media, ask urselves with utmost sincerity tht why do u not raise a voice for KASHMIR? Is it bcz u genuinely think it won't make a difference? Or.... #KashmirUnderThreat

(2/3) or u really believe tht ur not factually aware enough to make ur mind/give any comment on this matter? Or is it bcz u dont want to get involved in this bcz it.ll effect ur Indian fan following or future work prospects thr? Plz hear me out as i mean this in good will and...

(3/3) If in ur heart u realise tht thr is zulm on a mass scale in our very backyard & u shud raise a voice (thts the least we can do) but u still stay silent, then rmembr tht this fan following will become ur biggest trial & u.ll be answerable for this silence infront of ur Lord.

Have we conveniently blocked what we don’t want to address? This is beyond lines drawn on sand, it’s about innocent lives being lost! Heaven is burning and we silently weep. #Istandwithkashmir #kashmirbleeds

I can NOT sleep tonight.#Kashmir
What are we turning this world into? Why are we killing each other? What do we want?
Is power really so important for mankind?
God!!! Help us all!!!! 💔

Where is UNHRC?
It’s inhumane. #Kashmir
Do we live in such dark times ?Countless conventions to protect human lives? What about all the rights & rules we are taught in the books? Do they mean anything? #SaveLivesinKashmir #KashmirBleed @UN @UNICEF_Pakistan

Hareem Farooq also made her stance known on the matter:

The use of cluster bombs in Kashmir is in clear violation of the Geneva Convention. There is no justification for it whatsoever. These are simple war crimes - the world has to wake up and put a stop to these atrocities NOW! #SaveKashmirSOS #KashmirBleeds

Armeena Rana Khan, who has always been vocal about international peace, said, "There are only people and there is only humanity. Flags, borders, power are a game for the elites and where ordinary people die. Politicians and their children don’t go to war. We must all take a stand against this crime against humanity. It is time to stand with #Kashmir."

Bathing in Ganges will not wash away , the blood of the martyrs of Kashmir. #kashmirbleeds . pic.twitter.com/z2XYOBAbPF

Farhan Saeed called out for support:

1/2 Kashmir is the land of Kashmiris , is it too difficult to understand? The world should speak up , it is about time! Kashmiris have suffered a lot already. #StandwithKashmir #SaveLivesInKashmir#IStandWithKashmir

2/2 This decision today by so called largest democracy of the world of declaring Kashmiris as minorities on their own land is ridiculous and unacceptable on so many levels . #StandwithKashmir #SaveLivesInKashmir #IStandWithKashmir

Indian forces cannot stop the Kashmiris from their right of self-determination by resorting to such atrocities, Independence is the fundamental right of Kashmiri people and no one can deprive them of their basic right through the use of force. #SaveKashmirSOS #KashmirBleeds

We should all come together the opposition,people from all walk of lives from the world who believe in humanity or are muslims.None of us are ordinary.We can save lives.Every voice matters do whatever u can in whatever capacity. #SaveLivesInKashmir #KashmirBleeds #SaveKashmirSOS pic.twitter.com/f8ZnjNcPQK

Let’s not let this become another “#PrayForKashmir” when it’s too late. Let’s be loud enough so it doesn’t Happen... or atleast Try. #KashmirUnderThreat #BetterSafeThanSorry https://t.co/eaG2dr3aAS

Earlier this week, the Indian army used cluster munitions in violation of ‘international humanitarian law and its own commitments under the 1983 Convention on Certain Conventional Weapons’.

This blatant Indian aggression over the past few days has caused multiple fatalities and injuries to several others, including minor children and women as well.