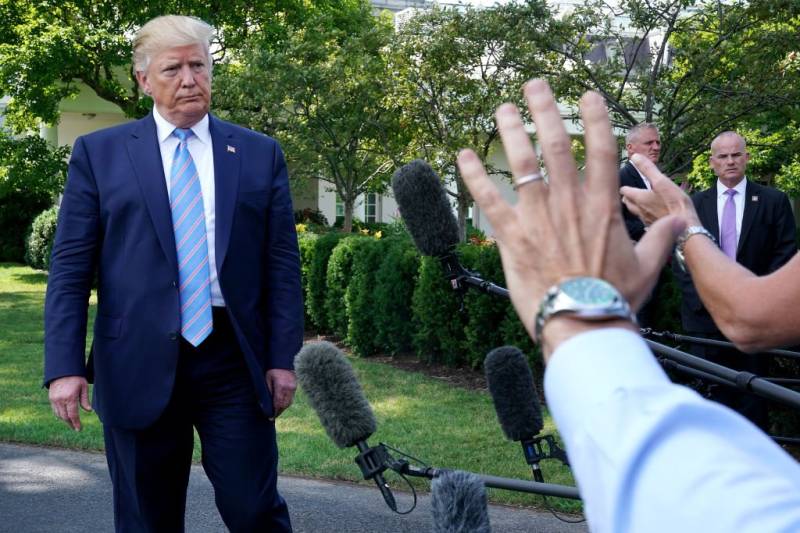 WASHINGTON – US President Donald Trump called Monday for all Americans to condemn white supremacy after two shootings left 29 people dead and sparked accusations that his rhetoric was part of the problem.

"The shooter in El Paso posted a manifesto online, consumed by racist hate," the president said in a televised address to the nation from the White House.

"And (with) one voice, our nation must condemn racism, bigotry, and white supremacy. These sinister ideologies must be defeated. Hate has no place in America. Hatred warps the mind, ravages the heart, and devours the soul."

“In one voice, our nation must condemn racism, bigotry and white supremacy. These sinister ideologies must be defeated. Hate has no place in America.” - @realDonaldTrump pic.twitter.com/eAEzr7wZNa

"These barbaric slaughters are... an attack upon a nation, and a crime against all of humanity," he said.

He added that the United States was outraged by the "cruelty, the hatred, the malice, the bloodshed, and the terror" that unfolded as 20 people were shot dead while shopping at a crowded Walmart in El Paso on Saturday morning, and nine more outside a bar in a popular nightlife district in Dayton just 13 hours later.

He stressed that mental illness was the main culprit fueling mass shootings in America, as opposed to the ready availability of firearms or extremist thinking, as argued by gun control advocates.

TEXAS - At least 20 people have been killed in the latest mass shooting in the United States (US), the Radio Pakistan ...

Democrats, who have long pushed for greater gun control, said Trump was indirectly to blame for the attack in Texas, with some drawing connections between his rhetoric to a resurgence in nationalism and xenophobic sentiment.

Trump began his presidential campaign in 2015 by characterizing Mexican immigrants as rapists and drug smugglers and he has likened immigrants coming across the southern U.S. border to an “invasion.” He also has called them “very bad thugs and gang members.”

At a rally in May in Panama City Beach in Florida’s Panhandle region, he had asked the crowd how to stop immigrants, prompting someone to shout “Shoot them.” Trump smiled as the audience applauded and said, “That’s only in the Panhandle you can get away with that statement.”

In May, Trump said we are being “invaded” by immigrants. The El Paso shooter said he wanted to stop the “invasion.”

Trump asked his rally crowd: "How do you stop these people" from crossing the border?

"Shoot them!" Someone screamed.

He laughed. Then the crowd laughed.

Police in El Paso cited a racist, anti-immigrant manifesto posted online shortly before the shooting, which they attributed to the suspect, Patrick Crusius, who drove to the city from his home near Dallas, as evidence that the bloodshed was racially motivated. Crusius was in custody on Monday, charged with capital murder.

The suspect in Dayton, Connor Betts, was killed by police after opening fire in an entertainment district. A motive in the that case not immediately evident.

WASHINGTON - Nine people were killed in a mass shooting early Sunday in Dayton, Ohio, police said, adding that the ...

Mass shootings by lone-wolf attackers have increased concerns in recent years about the level of gun violence and the threat posed by racist and white supremacist ideologies.

America's latest massacres have claimed more than 250 lives so far this year.