Kinza Hashmi opens up about dealing with relentless trolling 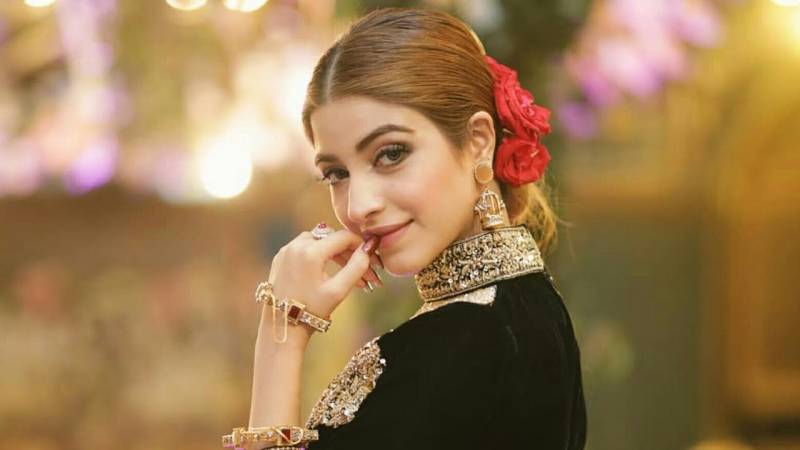 Kinza Hashmi has earned a spot in the hearts of the audience with her beautiful looks and immecable acting talent.

Despite being relatively new in the entertainment vicinity, the Gul o Gulzar star is undoubtedly a gorgeous star with a positive persona.

The Mohlat duo Sami Khan and Kinza Hashmi recently made an appearance on Time Out with Ahsan Khan where they made some interesting revelations.

Delving into details about her being an actor, Hashmi candidly replied that she always wanted to be an actress.“I wanted to be an actor since I was a child, But when I got older, people told me I had a nice voice so I should get into singing."

"My mother used to say that. But then when I started acting, I forgot all about singing because this is what I really want to do. I enjoy it a lot. Playing different characters is so cathartic,” the 24-year-old added.

While talking about relentless trolling and baseless rumour along gossips, the actress was of the view that she has never paid heed to unnecessary criticism or background noise.

“I just laugh at these things and end up ignoring them. I have no answers to the rumours and speculations. I’m here to work and will continue working.

"People will probably pick things out of this interview as well and frame them out of context. So I don’t take the opinion of the people who don’t matter seriously,” she concluded.

On the work front, Kinza Hashmi will be appearing alongside Danyal Zafar in Mahira Khan’s debut production