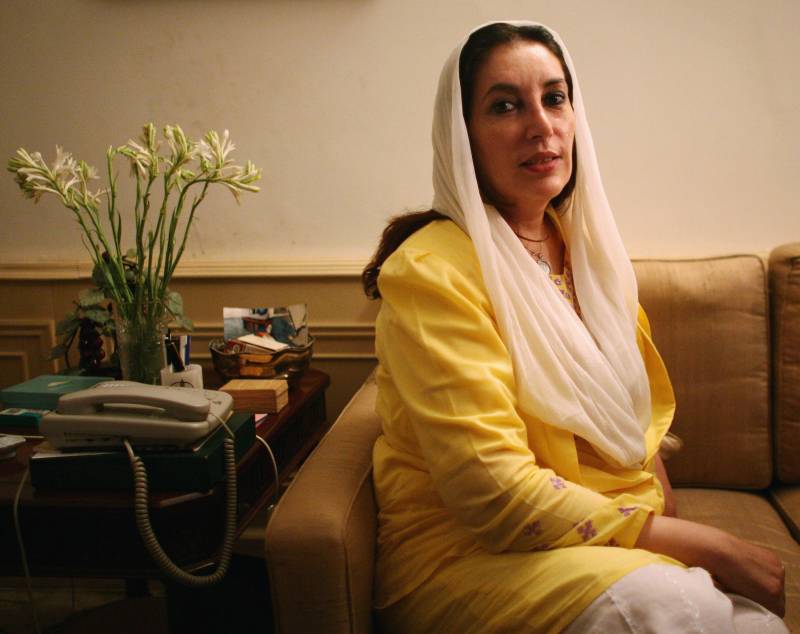 LONDON - Classmates of former Pakistani Prime Minister Benazir Bhutto have announced to start international leadership course in the name of the slain PPP leader at her alma mater, Harvard University.

The main aim of the course Benazir Bhutto Leadership Program (BBLP) will be to provide proper training and guidance to leaders from across the Muslim world. They will be granted a chance to connect and share their ideas about  Benazir Bhutto, who was the first Muslim female Prime Minister in the world.

The idea basically is to inculcate the democratic values and principles of slain PPP leader in the leaders so they could better bring about a valuable change as they return back home as they would be able to interact with advisers, influence holders, and Class of 1973 alumni.

The leadership program is part of a larger service organization called ClassACT,which stands for Class Achieving Change Together. An initiative of Harvard-Radcliffe Class of 1973.

Benazir's class fellow Peter Galbraith expressed that the course was destined to train world leaders for effective functioning of government.

"The goal is to prepare people who will be assuming leadership positions in these countries, It’s one thing to be a political leader. It’s another to be effective in government," he said.

A post on the Harvard Gazette read: The Bhutto program’s first event, an assembly titled “Leading in the Muslim World: What would Benazir Do Today?,” will be Monday at 9 a.m. at the Weatherhead Center for International Affairs.

Several members of the Class of ’73 are expected to speak, including Holly Weeks, an adjunct lecturer at the Kennedy School of Government; Leigh Hafrey, a senior lecturer at the MIT Sloan School of Management; Kathleen Kennedy Townsend, former lieutenant governor of Maryland; and Bahman Mossavar-Rahmani, president of United American Securities, Inc. Farzana Yaqoob, a minister for social welfare and women’s development in Pakistan.

Benazir Bhutto was a popular leader and chairperson of the Pakistan Peoples Party(PPP). She was daughter of PPP founder Zulfiqar Ali Bhutto.

During an election rally on December 27 in Rawalpindi, she was shot down by unknown assailants. Her death sent shock waves around the world as she was much connected with internal leaders.

Apart from Pakistan, she was equally popular in West owing to her liberal stance and firm attitude towards women empowerment and development.