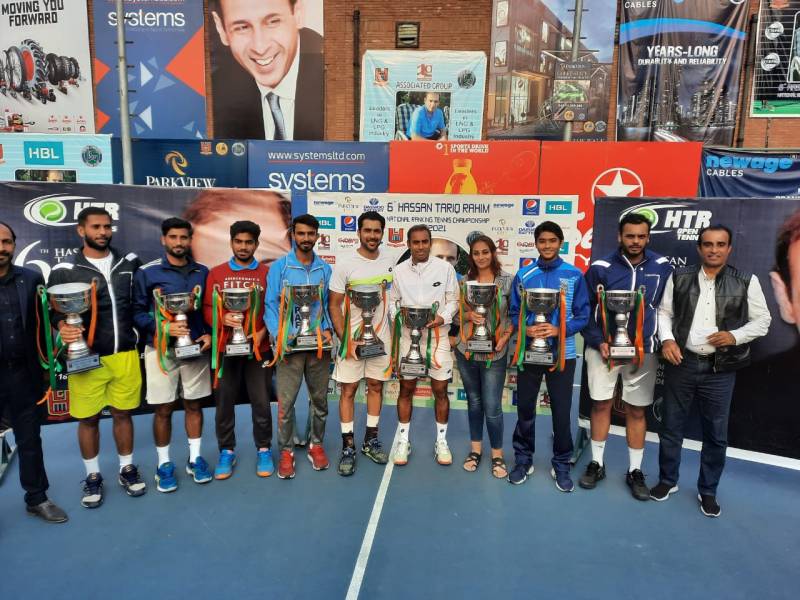 In the men's singles final, Muzamil Murtaza was up against Muhammad Shoaib. Both played well against each other and fought hard till the end, but Muzamil utilized his experience and skills well and dominated the final in the third and decisive set and won the final 4-6, 6-4, 6-1.

In the women's singles final, ladies champion Ushna Suhail overpowered former Pakistan No 1 Sarah Mahboob Khan 6-0, 6-3. Ushna, who entered the competitive event after a gap of 8 months, played tremendous tennis and not only outsmarted her opponent but also successfully defended her Hassan Tariq Rahim Tennis title. Ushna is now eager to win more titles as she is ready to compete in the back-to-back tennis events in Islamabad.

The men's doubles final was contested between Pakistani No 1 double pair Aisam ul Haq Qurashi and Aqeel Khan and Muhammad Abid and Waqas Malik and the experienced pair faced little resistance from the young and emerging pair before winning the final and title 6-2, 6-4.