Pro-Kashmir freedom slogans pop up on taxicabs in New York 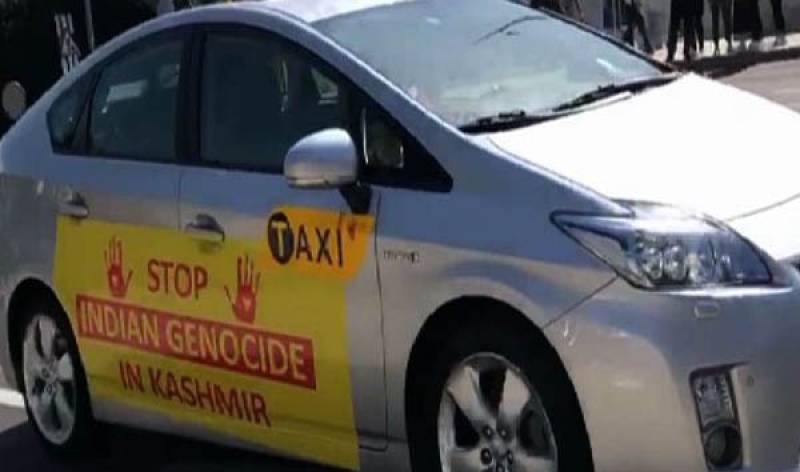 NEW YORK - Hundreds of New York’s yellow taxis displaying “Free Kashmir” signs appeared on the streets and avenues of America’s most populous city as Kashmir Solidarity Day is being observed in Pakistan and around the world to express support for Kashmiris and for the exercise of their UN-pledged right to self-determination.

The signs atop the taxis also called for an end to the “genocide, oppression and fascism” in Indian occupied Kashmir which has been under a military lockdown since August 5, which in its wake saw thousands of arrests of Kashmiris and their leaders as well as blockade of all communications in the disputed state.

“We stand with Kashmir”, proclaimed the signs as the taxis rolled around the crowded city streets, especially around the United Nations, the Indian Mission to the UN and the Consulate General.

Such taxis were also seen plying through New York’s iconic Times Square which is usually thronged by tourists from around the world.

The unique demonstration of support for the struggling Kashmiris was sponsored by the Pakistani- and Kashmiri diaspora.

The taxis will continue to carry the “Free Kashmir” sign for the next three days.