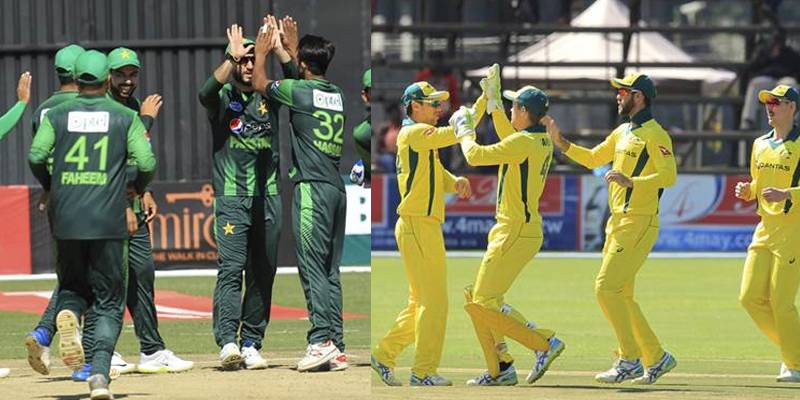 HARARE - Pakistan on Thursday beat Australia by 45 runs in fifth match of the T20 tri-series being played in Zimbabwe.

Pakistan had set a reasonable target of 194 runs against Australia which could manage to score 149 runs by losing seven wickets.

Pakistani opener Fakhar Zaman thrashed the Aussies with a remarkable 73 runs followed by Asif Ali who contributed 37 to the total.

On the other hand, Australia managed to send 7 Pakistani players to the pavilion, with Andrew Tye, taking 3 wickets.

After winning both their first T20I matches in the tri-series, Australia were on a roll at the moment. The side has been extremely dominant, defeating Pakistan by 9 wickets, followed by a 100-run over Zimbabwe.

On the other hand, Pakistan showed their dominant side against Zimbabwe as they defeated the hosts by 6 wickets to clinch a spot in the tri-series final.

Pakistan and Australia will face each other in the final and this match is an opportunity for both the teams to test their muscles before the big match.