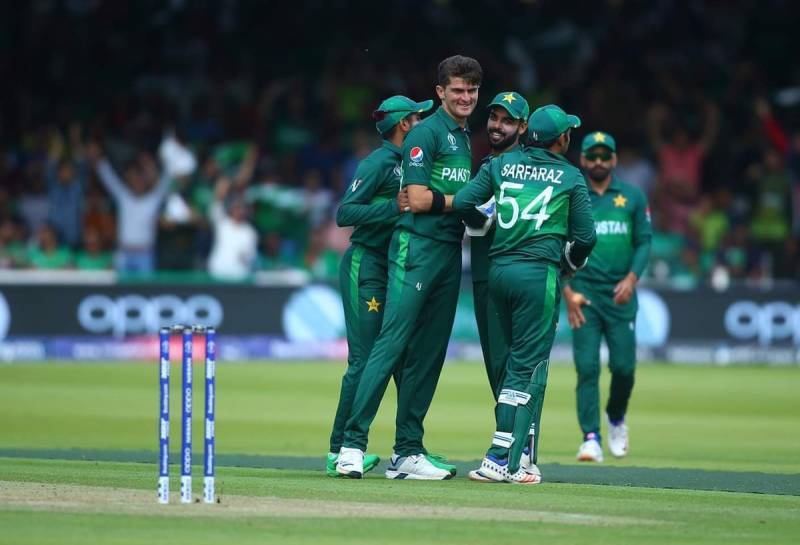 LONDON - Pakistan won the toss and elected to bat first against  Bangladesh in their last league match at London in ICC Cricket World Cup today (Friday).

The Green Shirts decided to go with the same squad, without any changes with Skipper Sarfraz saying that they would try their level best to win the match.

Download the official #CWC19 app for scores and highlights ⬇️

'We would try to set a massive target against Bangladesh,' Sarfaraz said.

The match will start at 02:30 PM Pakistan Standard Time (PST).

With just a meagre hope for semifinals, Pakistan will try to attain the impossible in the match with Bangali tigers.

Pakistan is currently sitting on the fifth spot on the points table, Pakistan have nine points and a net run rate (NRR) of  -0.792.

In order to reach the top-four, Pakistan need a positive net run rate of +0.175 and defeat Bangladesh by a massive margin of 316 runs after winning the toss and batting first.

Pakistan can't qualify for the semi-finals in the case they bat second as they would need to upgrade the objective run rate in under zero deliveries which is mathematically impossible.

On the other side, Bangladesh on the seventh are out of the tournament.

According to the forecast, the weather is expected to be partly cloudy, with very few chances of rain.