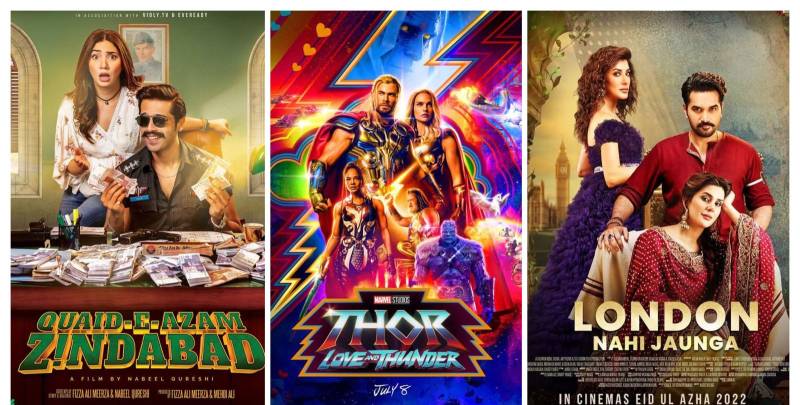 Are you planning to go to the cinema this Eid-ul-Adha? Here are some spicy dates and release dates of the most hyped films for this year:

Produced by Fizza Ali Meerza, the upcoming film Quaid-e-Azam Zindabad is an action-comedy that follows the story of a notorious cop, played by Mustafa. The trailer hints at a bad cop turned good storyline with Mahira Khan playing a beautiful heroin role who is guiding the hero toward the straight path

Directed by Nabeel Qureshi, the film was previously scheduled to release in 2021. However, the film’s release got delayed due to the Covid-19 pandemic.

Written by Khalilur Rehman Qamar (Punjab Nahi Jaungi), the film is slated to release this Eid-ul-Azha and fans hope for a solid dose of action, romance and drama.

Lafangey is a horror-comedy with Sami Khan and Nazish Khan as the main leads. It is about four friends who set out to live in a haunted house and compete with the supernatural beings there. Actors such as Mani, Saleem Miraj and Mubeen Gabol play Sami’s friends in the movie.

Last but not the least, Chris Hemsworth starrer shows the God of Thunder embarking on a new adventure of finding inner peace. But, his retirement is interrupted by Gorr the God Butcher, played by Christian Bale, who seeks extinction of the Gods.

Pakistan has launched a week-long film festival at its pavilion in Dubai Expo and the world’s largest fair ...