Irrfan Khan's wife on his health: My husband is a warrior 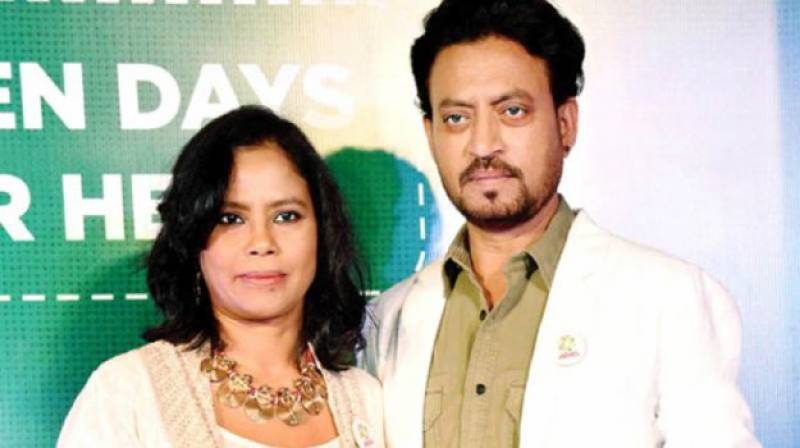 MUMBAI - Ever since the news of Irrfan Khan suffering from a 'rare disease' broke out, media speculations have gone over the top as to what the actor might be suffering from (including circulating rumors that he is suffering from brain cancer which was quashed both by Irrfan Khan's team and hospital authorities).

Now Irrfan's wife, producer Sutapa Sikdar thanked the fans for wishes wishes, and called her husband a 'warrior' who has her full support in devising "strategies of the battlefield" to conquer.

"My best friend and my partner is a ‘warrior,’ he is fighting every obstacle with tremendous grace and beauty. I apologise for not answering calls messages, but I want all of you to know I am truly humbled indebted for ever for the wishes prayers and concern from all over the world," Supate wrote.

She continued, "I am grateful to God and my partner for making me a warrior too. I am at present focused in the strategies of the battlefield which I have to conquer. It wasn’t and isn’t and is not going to be easy but the hope ignited by the magnitude of family, friends and fans of Irrfan has made me only optimistic and almost sure of the victory."

Supata requested everyone that instead of wasting their energies in imploring the actor's illness, they should pray for him instead.

"I know curiosity germinates from concern but let’s turn our curiosity from what it is to what it should be... Let’s not waste our precious energies to only know what it is and just prey to make it what it should be. My humble request to all of you is to concentrate on the song of life, to dance of life to victory. My family will soon join in this dance of life," wrote Supata.

Starring Irrfan Khan and Deepika Padukone, filmmaker Vishal Bhardwaj's film has been put to hold due to ill heath of the lead actor.