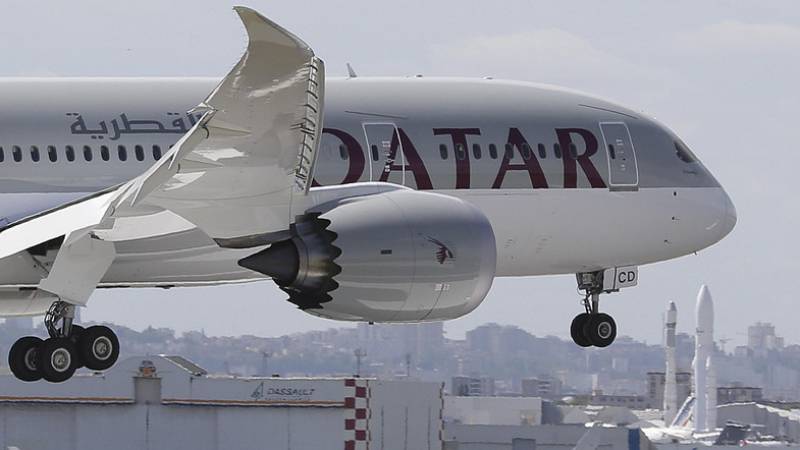 DOHA - In a retaliation to diplomatic isolation by leading Arab states,  Qatar Airways announced on Monday that it has suspended all flights to Saudi Arabia with immediate effect.

"Qatar Airways has suspended all flights to the Kingdom of Saudi Arabia" m, a statement from the Doha-based carrier said.

A spokesperson added it was unclear if the suspension would be extended, AFP reported.

Qatar slammed the decisions of three Gulf states to sever ties with it, saying they were "unjustified" and aimed to put Doha under political "guardianship".

"The measures are unjustified and are based on false and baseless claims," the Qatari foreign ministry said in a statement, referring to the unprecedented steps taken by Saudi Arabia, Bahrain, the United Arab Emirates and Egypt.

"The aim is clear, and it is to impose guardianship on the state. This by itself is a violation of [Qatar's] sovereignty as a state," it added.

Qatar said it has been subjected to an "incitement campaign based on fabrications, which reflects an intention to harm Qatar".

Doha maintained the sanctions, which include the Gulf states severing air, land and sea links with Qatar, "will not affect the daily life of citizens and residents".

"The Qatari government will take all measures necessary... to foil attempts to affect or harm Qatar´s society and economy," the statement said.

Ministry of Foreign Affairs on Monday said that Pakistan has no plans to break diplomatic relations with Qatar.

The statement issued by Foreign Office spokesperson Nafees Zakaria followed a move of four key Arab countries that cut all air, sea and diplomatic links with Qatar over allegations of supporting terrorism.