Oil up in Asia trade despite US inventories rise 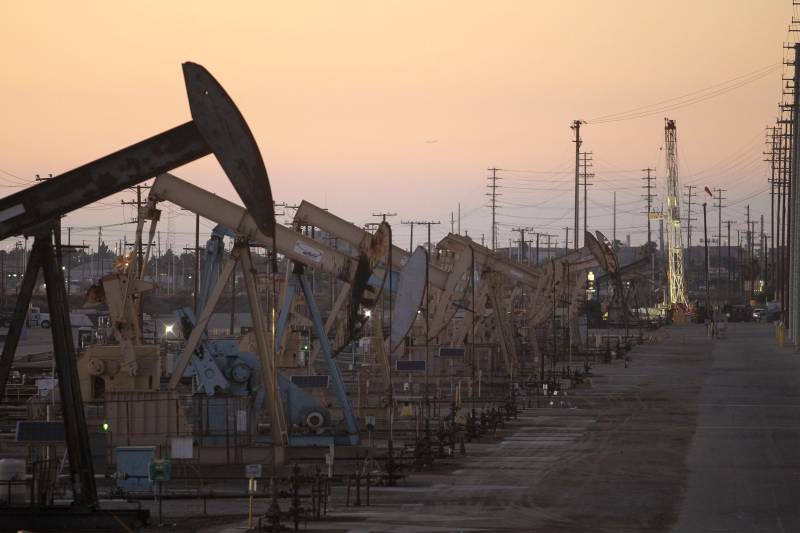 SINGAPORE (APP) - Oil prices climbed in Asian trade Thursday as signs that a refineries strike in the United States is weakening overshadowed a rise in US crude stocks, analysts said.

US benchmark West Texas Intermediate (WTI) added 29 cents to $51.82 a barrel and Brent gained six cents to $60.61 in late-morning trade.

Daniel Ang, an investment analyst with Phillip Futures in Singapore, said despite the rise in US inventories, traders focussed on signs that a refineries strike the the US could be settled, allowing more crude oil to be processed.

"Although they have not come to a conclusion (on ending the strike) it seems that workers are coming back to work, which shows weakness in the strike and suggests that the strike is coming to an end soon," he told AFP.

Workers and management are trying to end the strike at three major US refineries operated by Royal Dutch Shell following a stalemate on February 20.

More than 5,000 workers spread across around a dozen installations have been on strike since February 1 demanding improved wages and safety conditions.

The US Department of Energy (DoE) on Wednesday said commercial crude inventories jumped by 10.3 million barrels in the week February 27, higher than analyst forecasts.

Inventories have set new records for five straight weeks, and US oil production is already high at 9.3 million barrels per day.

Sanjeev Gupta, who heads the Asia-Pacific Oil and Gas practice at professional services firm EY, said the oil market is also closely watching developments in the talks between Iran and the US on Tehran's nuclear ambitions.

"Any positive news about likelihood of lifting of sanctions will lead to downward pressure on the price of Brent," Gupta said. US Secretary of State John Kerry and his Iranian counterpart Mohammad Javad Zarif wrapped up three days of "intense" nuclear negotiations in the Swiss lakeside town of Montreux on Wednesday with still no deal, as a March 31 deadline for a framework agreement looms.

Iran and the so-called P5+1 -- Britain, China, France, Russia, the United States and Germany -- are trying to strike a deal that would prevent Tehran from developing a nuclear bomb, a goal it denies having.