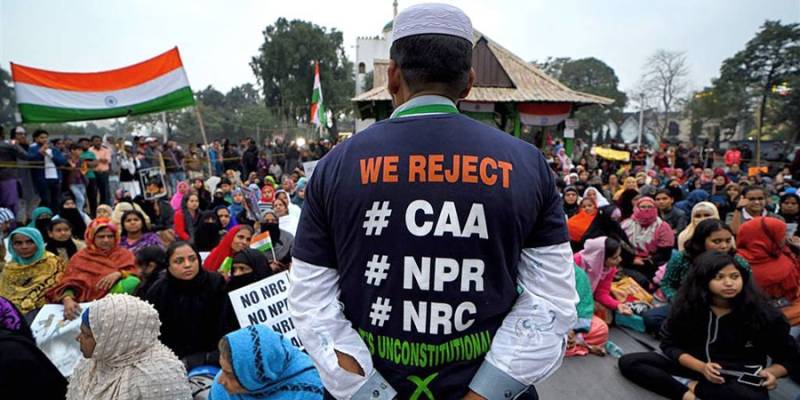 United Nations High Commissioner for Human Rights Michelle Bachelet informed Indian mission in Geneva that it has filed an intervention application urging the Indian Supreme Court to make the UN body a third party in the petitions on the issue.

Meanwhile, in the regular briefing at UN Headquarters in New York, spokesman of UN Secretary-General Stephane Dujarric said the United Nations is following the situation closely. He underscored the need for Indian security forces to show restraint and to allow the protesters to demonstrate peacefully.

Following the UNCHR move, a spokesman for teh ruling Bharatiya Janata Party (BJP) came up with a tweet, saying the international body has not gone to courts against "repression in China and Pakistan", but has no "shame" in opposing an Indian law that provides "humanitarian aid to persecuted minorities".

India’s Ministry of External Affairs has also asserted that the “CAA is an internal matter of India and concerns the sovereign right of the Indian Parliament to make laws.”

Dozens of people died in the anti-Muslim clashes in India over the past week, with hundreds others injured, following the controversial Citizenship (Amendment) Act (CAA), while the international human rights watchdog stepped in to seek intervention of the Indian Supreme Court to stop discrimination against the minorities.

The violent clashes killed more than 75 people and injured over 350 across India. In New Delhi alone at least 47 people were killed and more than 100 wounded last week as groups of extremist Hindus, chanting nationalist slogans torched mosques and dozens of Muslim houses.