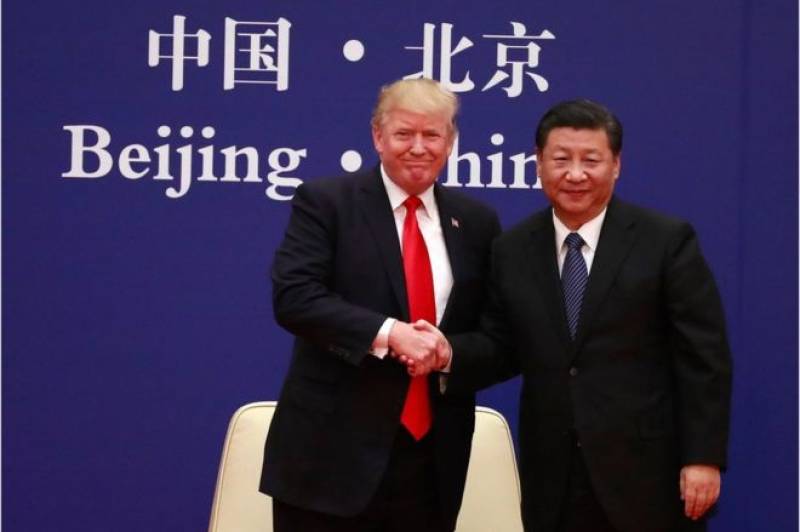 Backtracking from his previous criticism on China regarding Korean peninsula, he showered praising on Xi and called him a “very special man” during his speech in Beijing on the second day of his state visit.

Trump is in China as part of his five-nation tour of Asia. He reached Beijing on Wednesday where he was accorded a grand welcome. He also thanked Xi for warm welcome.

Threats from North Korea dominated the Trump’s discussion with the Chinese president.

Trump also thanked Xi for limiting trade ties with Pyongany, adding, “We must act fast. And hopefully China will act faster and more effectively on this problem than anyone”.

He said that “China can fix this problem easily and quickly, and I am calling on China and your great president to hopefully work on it very hard”.

US was of the view that China’s trade relaxation to North Korea is an impediment to denuclearize the country.

In his speeches, Trump highlighted that Beijing "can fix this problem easily and quickly".

Xi expressing his view said, "On the Korean Peninsula nuclear issue, we have reiterated firm commitment to achieving denuclearization on the peninsula and maintaining the international nuclear non-proliferation regime".

"The two sides will continue to fully and strictly implement UN Security Council resolutions and stay committed to solving the Korean Peninsula nuclear issue through dialogue and negotiation," he told reporters.

Trump also highlighted the issue of trade deficit between two countries and termed it "a very unfair and one-sided one". He also held previous US administration responsible for deficit.

"I don't blame China, after all, who can blame a country for taking advantage of another country for the benefit of its citizens... I give China great credit," said Trump.

Both countries also agreed to signed business deals worth $250bn (£190bn) during the visit of US president.