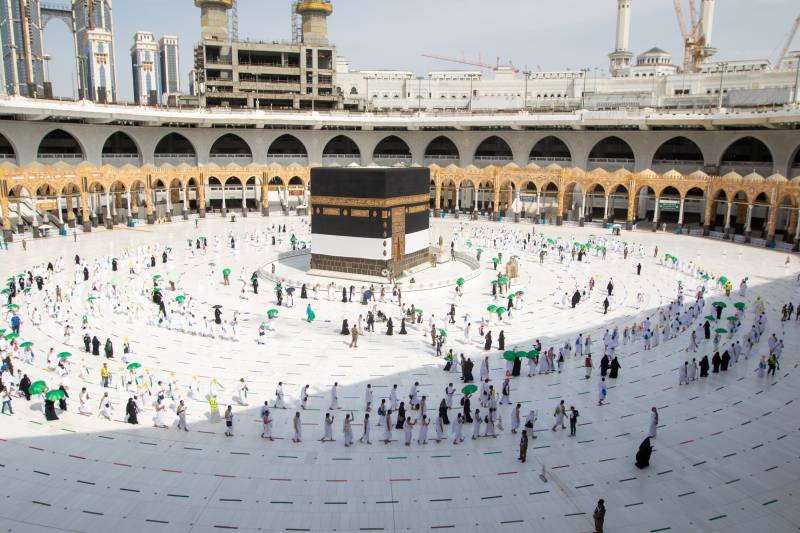 JEDDAH – Saudi Arabia has imposed an age limit for pilgrims from abroad to make a pilgrimage to Makkah, the kingdom announced.

Reports quoting the kingdom’s Ministry of Umrah and Hajj said permits for performing Umrah, the 'minor pilgrimage’ for overseas Muslims are limited to those aged from 18 to 50 years.

Furthermore, Kingdom also directed passengers to be fully vaccinated against novel COVID-19 with vaccines recognized in Saudi Arabia and presented an officially endorsed vaccination certificate to get an electronic entry visa.

It further added that pilgrims should approach licensed travel consultants to get a permit to perform Umrah.

The Kingdom recently unveiled apps Eatmarna and Tawakkalna, which allows them to avail permits for performing rituals in Makkah and Madina. Domestic pilgrims must get identical licenses and refrain from bringing youngsters into the Grand Mosque.

Meanwhile, Saudi’s ambassador to Pakistan Nawaf bin Saeed also hinted at the resumption of flights from Pakistan for Umrah. Last month, the Saudi interior ministry eased the restrictions across the state, including those related to the Grand Mosque in Makkah and Madina.